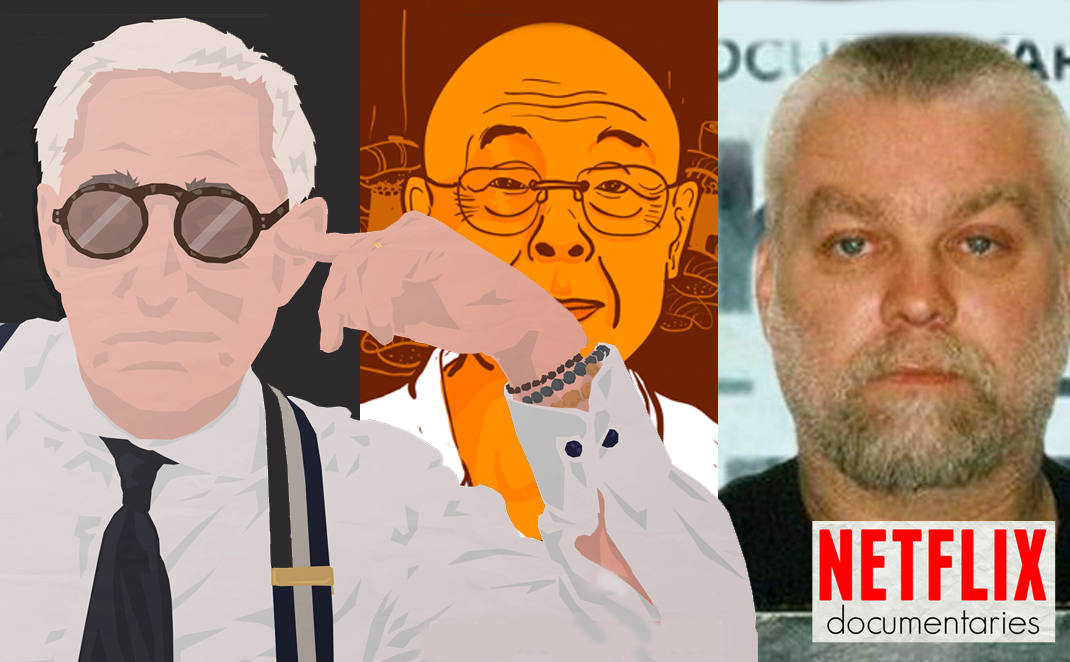 Quietly, while the world was paying attention to Hollywood blockbusters, Netflix has been revolutionizing a corner of the film world historically left to arthouse theaters and niche DVD releases.

Documentary has gone mainstream, connecting a generation of “Netflix and chill” viewers with some of the most politically provocative and journalistically important work of our time.

The best documentary films can break us out of our filter bubble and open our eyes to issues and ideas that merit our intellectual exploration.

Simply put: Documentaries are in a new golden age, and Netflix’s ability to bring them to new audiences is fueling that change.

Having said that, discovering documentaries in the new noisy digital world isn’t easy, so as a filmmaker and curator, here’s my list of documentary films to watch and share. See if you think I’ve missed any that you’d want to add to my list.

“Get Me Roger Stone” -- You think you know everything about Donald Trump, but this mind-blowing doc will take you places you’ve never been. After the 2016 election, people all over the world woke up to find a New York real estate developer and reality TV star was the 45th President of the United States.

One man who wasn't shocked was political consultant Roger Stone.  A longtime Trump confidante and advisor, Stone said he always knew his celebrity pal was "prime political horse flesh.” Indeed. Directors Morgan Pehme, Daniel DiMauro and Dylan Bank spent five years with Stone, who accepted their documentary cameras, even as he suspected that they may not share his politics. The access prove the fodder for an insightful indictment. For Stone, it’s a worthwhile bargain.

“Wild Wild Country” --  If you think way back to 1981, you can almost remember Bhagwan Shree Rajneesh, dressed in signature orange.  The controversial cult leader built a utopian city in the Oregon desert, and then faced a conflict with the locals that escalated into a national scandal.Violence erupts in Antelope, Oregon, when the controversial guru and his followers descend on the tiny town. Watching this film, you can’t help but think… 1981 was a very, very long time ago.

"Making A Murderer" -- This 10-part docu-series invented a genre. Before this film, nonfiction stories had to shoehorn their way into a 90-minute film format. But no longer. Filmed over 13 years, the story follows two men accused of a grisly crime they may not have committed. Steven Avery is exonerated after 18 years in prison,  threatens to expose police corruption, and soon faces charges for another terrible crime.

“Faces Places” is a documentary journey that is surprisingly charming and at the same time insightful. The artist JR is both the subject of the film and a co-director along with  Agnès Varda. JR takes oversized photos of the people they meet and plasters them on the sides of buildings to commemorate their stories. Vara is 89 and both fragile and indefatigable. JR is gentle, and at the same time a bit of a renegade. Their partnership makes the film unforgettable.

And while documentaries are certainly bringing issues and ideas to new audiences, music has also benefited from an exploding category of nonfiction storytelling.

“Mr. Dynamite: The Rise Of James Brown” -- James Brown changed the face of American music forever. Charting his journey from rhythm and blues to funk, this film was made with unique access to the Brown estate, which opened its archives for the first time.

“Searching For Sugar Man” -- This film tells the incredible true story of Rodriguez, the greatest '70s rock icon who never was. He was discovered in a Detroit bar in the late '60s by two celebrated producers struck by his soulful melodies and prophetic lyrics, who recorded an album they believed would secure his reputation as the greatest recording artist of his generation.

“Keith Richards: Under The Influence” -- Keith Richards’ life is the quintessential rock ’n’ roll memoir.  All the debauchery and excess from decades on the road with the Rolling Stones is laid bare here.

"What Happened, Miss Simone?" -- Liz Garbus portrays an artist in complete control of her piano and her voice. It was 1960, and Nina Simon embraced the politics of the time and Black Power in a way that most musicians were afraid to. The footage from late in Simone’s career provides evidence of her extraordinary musical abilities. For music doc fans, this is a must-see film.

“De Palma” -- If you’re a cinephile, this is one documentary that often get overlooked but certainly warrants a screening.  There is no better filmmaker than Brian De Palma in the field of suspense films exploring the contemporary darkness in American life. This doc takes us through his professional life and a career that redefined film horror and suspense — and shares the price even the great artists pay for being a part of Hollywood.

And finally, there’s the subject of food. There are a number of terrific foodie films on Netflix, but there’s one in particular that deserves screening, if you haven’t seen it already.

“Jiro Dreams of Sushi” -- Sukiyabashi Jiro is a 10-seat, sushi-only restaurant located in a dank Tokyo subway station. It is the first restaurant of its kind to be awarded a prestigious 3 star Michelin review, and sushi lovers from around the globe make repeated pilgrimages, calling months in advance and shelling out top dollar for a coveted seat at Jiro's sushi bar. At the heart of this story is 85 year-old Jiro Ono's relationship with his eldest son Yoshikazu, the worthy heir to Jiro's legacy, who is unable to live up to his full potential in his father's shadow. Hint, it’s not really about the food.

So in 2019,  as you broaden your content horizons, you can count on digital platforms to bring new nonfiction storytelling to your flatscreen and your phone. Still early days in the world of distribution and discovery, but with but bright times ahead.