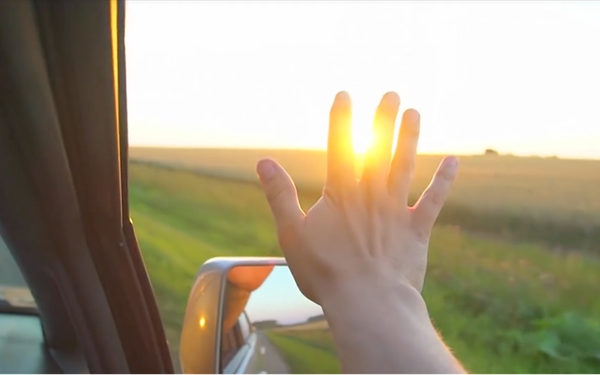 Ford Motor Co. unveiled its new Ford Explorer last week during an event at the giant Detroit Lions football stadium, which also bears the name of the company.

Orchestrated by the experience agency Imagination, the event included a performance by spoken word artist Prince EA, who also has created a YouTube video using the same words he read on stage.

The reading includes a plea for Americans to get out from behind their screens, take their vacation days and go on a road trip -- and if Ford has its way, preferably in a new Ford Explorer SUV..

“In 1990, Americans took 20 days of vacation,” Prince EA says. “In 2018, Americans left more than half of their vacation days unclaimed. But did you know that people who take 11 more vacation days are more likely to receive a raise?”

Prince EA recounts how when he was young, his parents took him on road trips to the Grand Canyon.

“As my parents grow old, I know they don’t have many trips left, but the memories we made together and the landscapes we saw are things I will never forget,” he says.

Besides Prince EA's live performance at the vehicle reveal, a separate video included huge photo albums with turning pages projected onto the stadium stage, with people talking about the importance of family vacations. Finally, the new vehicles were driven out onto a background of landscape projections showing an array of places a Ford Explorer can go.

Several thousand people attended the event, making it one of Ford’s biggest vehicle reveals ever, according to a Ford spokesperson. It was lives-streamed on Twitter and YouTube as well as on Ford’s website. Dealers have been sharing it with customers, with reaction from all over the country, says Dan Jones, U.S. communications manager for Explorer.

“Partnering with Prince EA was really an interesting part of the reveal,” Jones tells Marketing Daily.  “Explorer is really a symbol that reminds America about exploration and adventure and this kind of wanderlust that somewhere along the way we seem to have lost a little bit. So Prince EA was a really great partner because he has a great center of gravity when it comes to family and vacation time.”

“He's got videos on YouTube with millions of views and millions of subscribers on all of his social channels,” he says. “Trying to get scale with Explorer to a different audience, it was an important part of the launch."