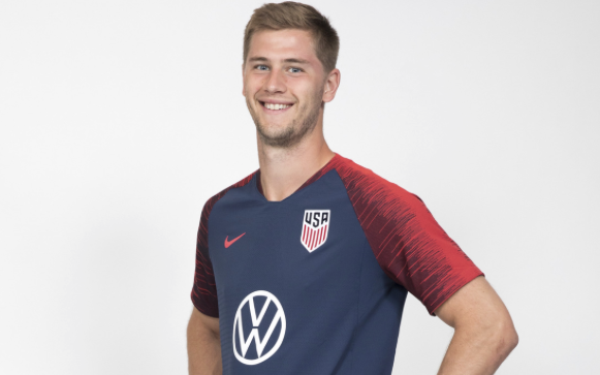 Volkswagen of American and the U.S. Soccer Federation announced a multiyear presenting partnership.

VW is the first automotive presenting sponsor in U.S. Soccer History. The eight-figure deal is the second largest partnership/sponsorship in U.S. Soccer history after Nike, and extends through 2022.

The automaker was previously the official vehicle of the pro soccer organization, Major League Soccer, from 2008 to 2015 before being succeeded by sister brand Audi.

“Soccer is the third largest participatory sport in the U.S. and growing by the day,” Derrick Hatami, Volkswagen executive vice president, sales and marketing, tells Marketing Daily. “Its fans are young, diverse, active and loyal. Our initiative will help them pursue their passions for the game, as well as pass the love on to future generations of players and fans.”

The agreement was facilitated by Soccer United Marketing, U.S. Soccer’s partner for the past 15 years, and was officially unveiled today at a press conference during the North American International Auto Show in Detroit that featured Volkswagen Group of America CEO Scott Keogh and U.S. Soccer CEO and Secretary General Dan Flynn.

As part of Volkswagen’s long-term commitment, the automobile maker will help U.S. Soccer with its mission to become the preeminent sport in the United States.

“Volkswagen is an incredibly strong brand that has a fantastic reach with current and potential soccer fans across the United States, and partnering with them will allow us to take huge strides forward,” Flynn tells Marketing Daily.

“The level of commitment and support from Volkswagen has been remarkable," he adds, with both partners working together "to provide additional programming in the near future, which will help us drive increased participation at the grassroots level, and develop more players, coaches and referees across the country.”

Volkswagen’s support will fund programs and provide assistance to develop more female coaches in the United States. While 47% of youth soccer players are women, only 15% of coaches are female.

With the deal announced on the heels of the 2019 FIFA Women’s World Cup in France, Volkswagen will be activating during U.S. Soccer’s Countdown to the Cup from January to May, which includes the USA playing a total of 10 games before departing for France in pursuit of another World Cup title.

As part of the partnerships, Volkswagen also becomes the presenting partner of Tournament of Nations  a round-robin international women’s tournament that takes place in the United States every year there is not a Women's World Cup or Olympics. The next edition will take place in 2021.

“When a global brand makes this type of commitment to the sport’s development on the heels of the men missing out on the 2018 FIFA World Cup, it speaks volumes about the current relevance and momentum of the sport in America,” Ladd tells Marketing Daily. “[The partnership] will create unique activations that both deepen engagement with current soccer fans and strategically reach the new ones, especially leading into and throughout this summer’s FIFA Women’s World Cup.”