(Most) Americans Don't Want To Watch A Political Bowl 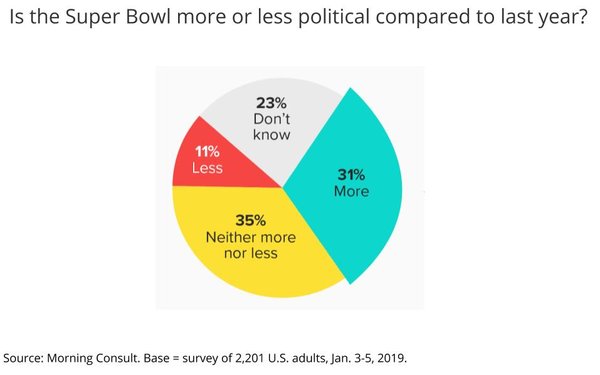 With Super Bowl LIII poised to kick off in what may be the most politically charged marketing environment ever, most Americans say they don't feel it is appropriate for Super Bowl sponsors to make political statements in the commercials they air during the Big Game.

Nearly two-thirds (66%) of U.S. adults surveyed by Morning Consult said they don't feel political spots are appropriate, but the margin is much higher among Republicans than Democrats (see below). 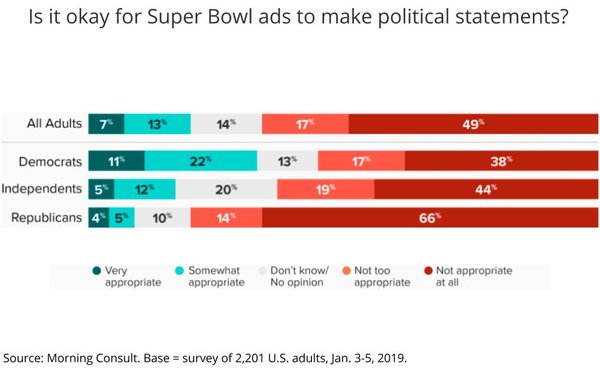 Among the political statements that Americans say are most likely to yield more favorable opinion of Super Bowl advertisers, non-partisan issues such as "helping veterans" or "disaster relief" were deemed most appropriate, while partisan ones like "abortion" or supporting the President and his policies were seen as most divisive. 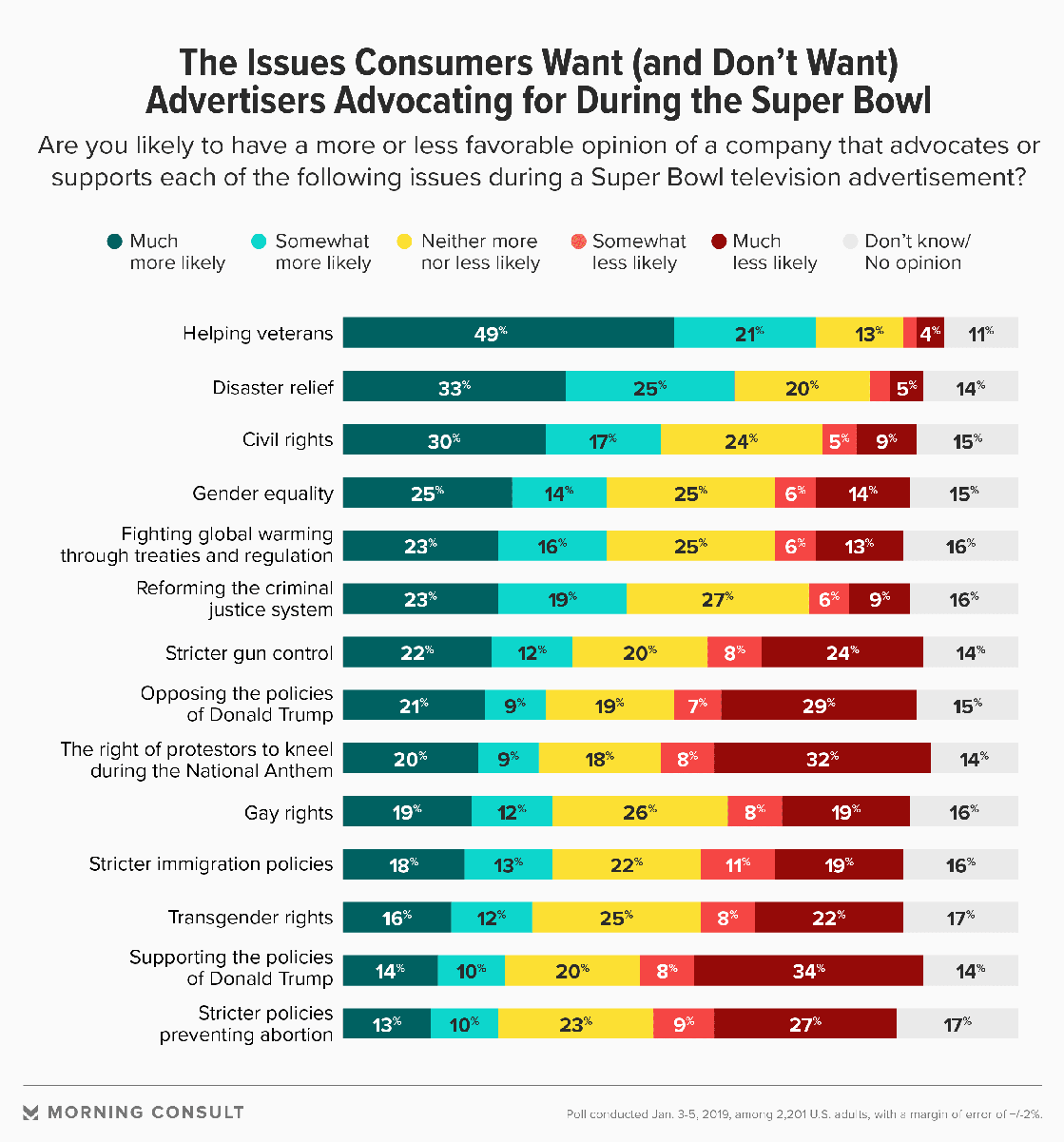