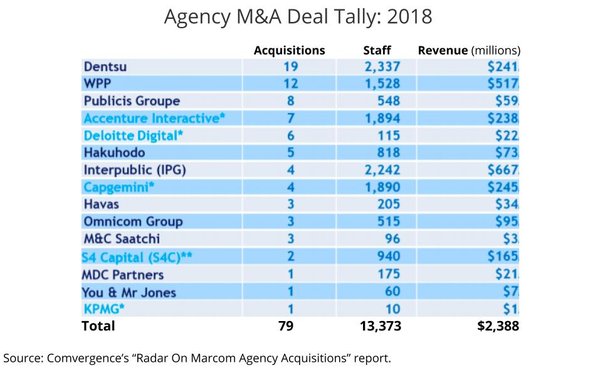 Interpublic, whose acquisition of Acxiom was the biggest deal of the year, led Madison Avenue holding companies in terms of 2018 M&A deal value, according to an annual analysis by Comvergence.

In terms of overall deal activity, Dentsu was most active with 19 deals adding 2,337 employees, followed by WPP's 12 deals, adding 1,528 employees.

"In the last two years now, there has been a slowdown in acquisitions," Comvergence notes in its report, adding that there were 87 in 2017, which was down from 116 in 2016. 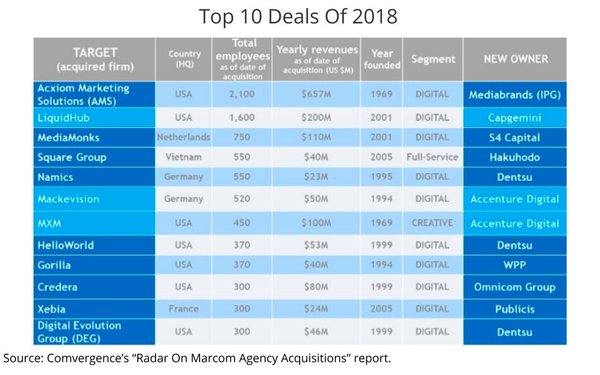