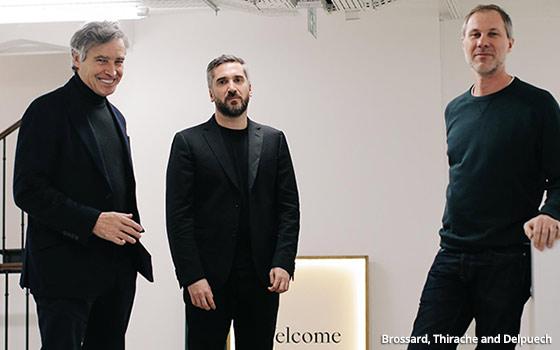 Hervé Brossard is joining Sid Lee Paris in the newly created role of chairman, Europe, to lead the expansion of the agency’s footprint there.

From 2008 to 2018, Brossard was president-CEO of Omnicom Media Group France and executive vice president, DDB Worldwide

He began his career with DDB France in 1977, rising through the ranks to serve as president and CEO in 1989, then continued with the group internationally.

In parallel, he presided over the AACC — the French trade organization representing agencies and the advertising industry -- from 2004 to 2009.

This appointment serves as a reunion for three DDB alumni.

Sylvain Thirache, executive creative director-founder of Sid Lee Paris, and Johan Delpuech, president, both began their careers at DDB and have maintained close ties with Brossard.

Brossard, for his part, has been a longtime advisor for the agency since its launch in February 2009.

"He’s been one of our strongest supporters," said Thirache and Delpuech. "Over these last 10 years, he’s been a sage, friendly and benevolent advisor. His advice was key to our development."