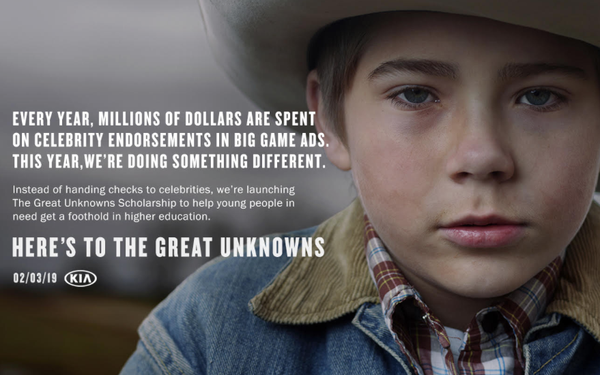 The premise of the solemn 30-second teaser is that every year, millions of dollars are spent on celebrity endorsements in Super Bowl ads. This year, for its 10th consecutive Super Bowl ad, Kia vows to do something different.

Instead of handing checks to celebrities, Kia is launching “The Great Unknowns Scholarship” to help young people in need get a foothold in higher education. A teaser page invites consumers to return on Feb. 3 to apply.

The teaser spot was created by David&Goliath, as will the Super Bowl spot.