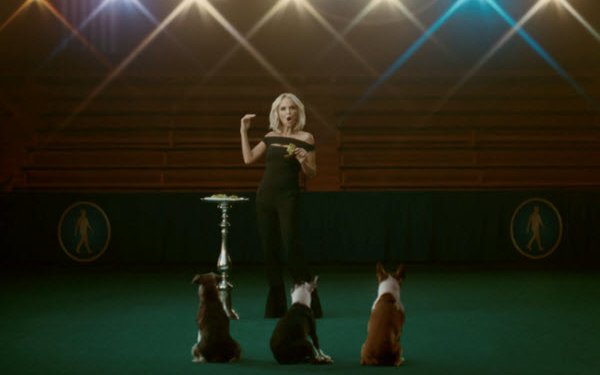 Avocados From Mexico (AFM) announced in November that it would be back with its fifth consecutive Super Bowl ad this year.

Now, the brand has revealed that the 30-second ad, which will run during the game’s second quarter, will feature Broadway and TV star Kristin Chenoweth.

AFM’s just-released teaser video (below) shows Chenoweth coaching a “chorus” of willing but vocally challenged pooches. The singer/actor will also be featured in other AFM brand content around the game.

Having conveyed those benefits, this year’s ad — from Energy BBDO, chosen as AFM’s lead creative agency last year — will offer an umbrella message: Avocados from Mexico are “Always Worth It,” the brand reports.

That message is being backed by an online survey geared to showing the lengths to which people will go to get avocados — including a finding that consumers are willing to pay about $2 extra to add avocados to their meals.

(Average prices for the fruit were actually down by close to 20% in some regions of the country as of late November 2018, but U.S. sales were 26% higher than the three-year average trend, according to the Hass Avocado Board. And despite rumors to the contrary last year, supplies of Mexican avocados for 2019 will be plentiful, according to AFM.)

The new Super Bowl ad’s dog chorus teaser ties in with an AFM partnership with Adopt-A-Pet and a new "Anything For Avos" area on its website intended to generate interest ahead of the big game.

The site's content includes “MatchDogCom” — a tool that uses IBM Watson AI technology and personality traits to make “perfect matches” between people looking to adopt and dogs available in their areas.

AFM also worked with The Onion Network to develop “breaking news” content purporting to reveal new technology allowing dogs to communicate with humans, and how others can use this technology to communicate with their dogs. The message of the first doggy news anchors? Why humans clamor for those “Always Worth It” avocados.

In addition, AFM says that it's teamed with Inmoji to create a branded app that turns selfies into clickable emojis and enables altering selfies in "fun ways involving avocados."