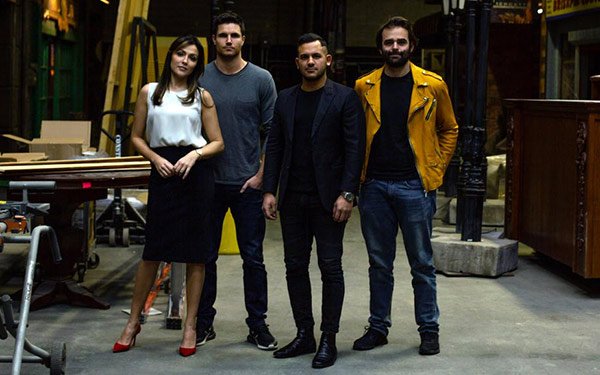 "We believe what makes us different from other celebrity-backed agencies is our aligned views and inherent ability on how to navigate the changing media landscape," says Paquin, citing how Amell along with Director Jeff Chan self-funded the development of their Sci-Fi franchise "Code 8" via Indiegogo.

That effort serves as an example of why "we believe what we're offering is more than just industry-access," says Paquin. "Our offering is a new, innovative way to maintain the attention and affection of a brand's audience."

"We know Hollywood talent is interested in the advertising space because we're seeing more crossover from actors, directors and production talent than ever before," says Paquin. "What's different now is you're seeing these partnerships go beyond endorsements into true creative collaboration. It used to be that you graduated from producing commercials to producing TV to producing a film. Now, more than ever, TV is on par with film, and the commercial element is interwoven - that hierarchy is disappearing."

The agency launches with offices in Amsterdam and Toronto, with plans already underway for a Los Angeles location.

Paquin and Fierman will be leading day-to-day strategy, client partnership and creative output in their respective roles as CEO and creative director. Actors Amell and Ricci will be offering their talents as creative collaborators and production consultants to help create work for clients. The agency will utilize additional staffers on a per-needed basis.

And the agency's name?  "Our name is our philosophy,” says Paquin. “Aim for a trillion or don’t even try."