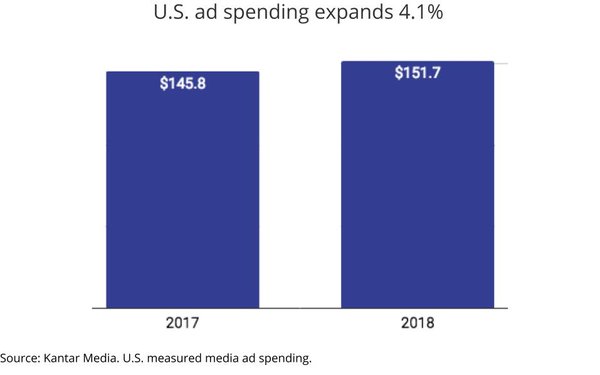 U.S. ad spending expanded 4.1% in 2018, according to final estimates released late Wednesday by WPP's Kantar Media unit. That is only slightly off the 4.2% expansion in the U.S. Gross Domestic Product (GDP).

Advertisers spent $151.7 billion in 2018, across the media tracked by Kantar Media -- the highest total ever.

The expansion comes despite a 3.3% erosion in the automotive category -- traditionally one of the U.S. ad industry's largest categories -- and relatively modest growth in top categories such as retail (No. 1), telecommunications (No. 3) and pharmaceuticals (No. 9).

Thanks to record spending for the 2018 midterm elections, political ad spending surged 93.1% and ranked as the No. 8 category.

Media also became one of the highest-growth ad categories, expanding 27.3% to rank as the tenth-largest ad category in the U.S.

Top advertisers essentially mirrored their category movement, with AT&T and Pfizer both declining, and Amazon jumping 72.5% to rank as the nation's fifth-largest advertiser last year. 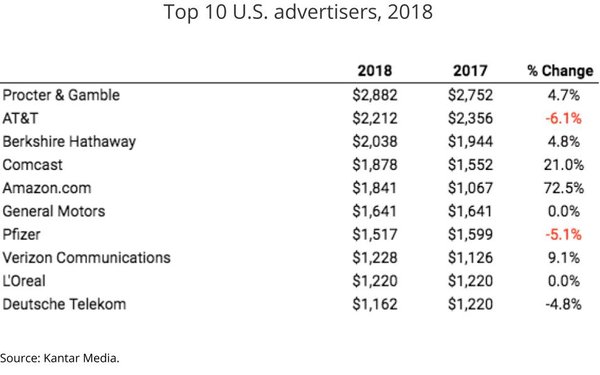