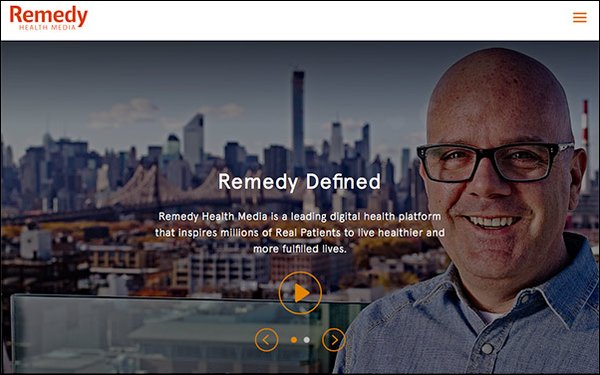 Perry spent over a decade at NPR, where he led IoT and Connected TV strategies, in addition to mobile. In his new role, he’ll lead product strategy and design the road map for Remedy’s digital brands and health software.

According to Perry, the majority of Remedy Health’s traffic arrives via mobile devices, prompting the company to rework its content for the small-screen prior to his arrival.

The company is now testing its mobile-first strategies, with Perry on the search for Remedy Health’s first UX and design director.

“The team at Remedy is focused on understanding the most critical needs of the many health professionals and health advocates who visit our sites each day,” Perry told Publishers Daily.  “It's a data-oriented team, but they are focused as much on the art as the science.”

The team is overhauling the design of thebody.com to make it mobile-first and refining content strategy on HealthCentral.

“As those projects come to a close in Q1 2019, we'll begin to re-envision what it means to be a part of an online community in the health space,” Perry said.

“Health (particularly condition-specific concerns) is such a personal thing. We need to create safe-spaces for people to ask their health questions and get reliable answers from health-professionals and from people who have gone through similar experiences.”

Settling into his role, Perry shared the product team at Remedy is relatively new — only recently did it set out as an independent unit from the tech team. Given that structure, Perry and his team will be able to “leverage the many ways that non-developers (data-scientists, designers and health specialists) can contribute to ongoing development.”

Sabella, who has been with PubMatic since 2017, has spent much of his career specializing in mobile and in-app video, working with companies like Vungle, where he was CTO, at Undertone as its COO and at DoubleClick as its vice president of engineering.

Sabella’s promotion comes as PubMatic reports growth across mobile app and video monetization. The company reports a 200% year-over-year platform spend across in-app video. Also, its direct publisher partnerships more than doubled year-over-year in 2018. As a result, PubMatic plans to increase its global staff by over 20% in 2019.

Of its new hires, PubMatic says nearly half will hold positions linked to key investment areas like mobile and video. The company has announced several other promotions, including new senior vice president of corporate development and general manager of mobile Paulina Klimenko and Jonas Olsen, vice president of video.