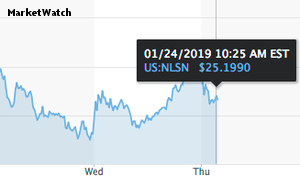 Nielsen -- which started as a privately held company that went public, then private, then public again -- may once again be going private. According to a report by the New York Post citing unnamed sources, private equity firms are weighing a $10 billion bid for the media and marketing research giant.

The paper said the suitors include Blackstone Group, where former Nielsen CEO David Calhoun is a senior managing director.

The news comes less than two months after Nielsen named advertising and media industry vet David Kenny its new CEO, but at least some have seen his appointment as a possible prelude to taking the company private once again.

“With a new CEO in place to help the company to improve its position as a public company or steward its exit as one (with a private equity take-out still a realistic outcome), Nielsen remains a durable company facing some unique challenges,” Pivotal Research Group’s Brian Wieser wrote in a note to investors earlier this month, in which he maintained his “hold” rating on Nielsen’s stock and reiterated his $25 per share target price.

After rising on the news, Nielsen shares fell in overnight trading and are currently priced a little over $25. 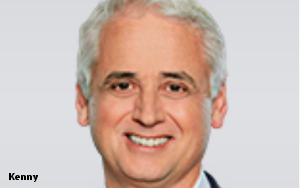