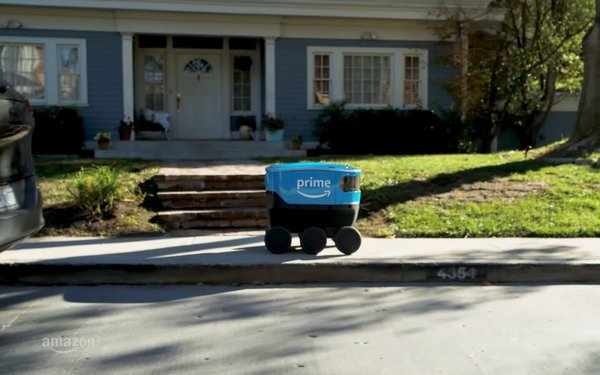 The devices, the size of a small cooler, were created by Amazon and will roll along sidewalks at a walking pace.

Package deliveries via Scout started today in Snohomish County, Washington, according to Amazon.

Customers will order as normal via Amazon and their packages would be delivered via the normal carriers or by Amazon Scout.

The retailer is starting with six devices, which will work during daylight hours Monday through Friday. The devices are set to automatically follow a delivery route and will initially be accompanied by an Amazon employee.

“We developed Amazon Scout at our research and development lab in Seattle, ensuring the devices can safely and efficiently navigate around pets, pedestrians and anything else in their path,” stated Sean Scott, vice president of Amazon Scout.