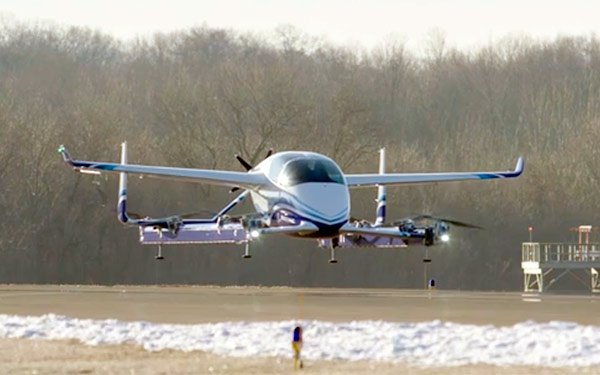 Boeing this week completed a test of its autonomous passenger vehicle prototype.

Boeing Next, the company’s urban air mobility unit, worked with Boeing subsidiary Aurora Flight Sciences to design and develop the electric vertical takeoff and landing aircraft, according to the test announcement by Boeing.

In late 2017, Boeing acquired Aurora Flight Sciences, one of the aviation companies teaming with Uber to develop a network of “flying taxis.”

“Leveraging autonomous systems that include perception, machine learning and advanced flight control systems, Aurora has designed, produced and flown more than 30 unmanned air vehicles since the company was founded in 1989,” Boeing stated in its acquisition announcement at the time.

This week’s test was to verify the vehicle’s autonomous functions and ground control systems and was documented in a company video.

“In one year, we have progressed from a conceptual design to a flying prototype,” stated Boeing CTO Greg Hyslop.

Future flights are planned to test forward, wing-borne flight and the transitions from vertical and forward-flight modes.