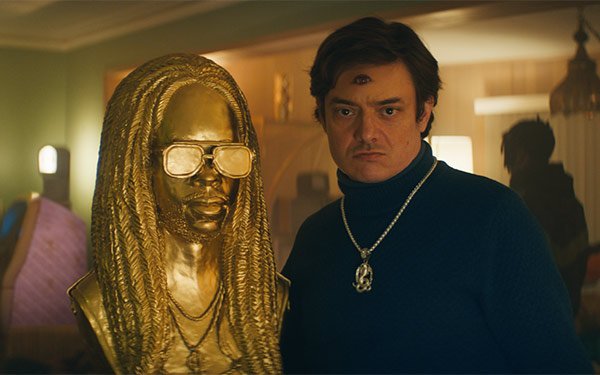 Expense management platform Expensify and agency JohnXHannes are attempting to rise above all of the Super Bowl hoopla with an interactive music video featuring actor Adam Scott and rapper 2 Chainz that has been released during the lead-up to the big game where the brand will air an ad. It’s the brand’s first TV campaign.

The video is titled, "Expensify This" and shows  2 Chainz rapping about his baller lifestyle. Fans are invited to download the Expensify app and snap a photo of select items shown in the clip, and be eligible for a sweepstakes drawing that includes prizes like a gold bust of 2 Chainz.

The rapper and Scott appear in Expensify’s Super Bowl ad, airing during the second quarter, during which a final grand prize from the sweepstakes will be revealed.

Following the game Expensify will introduce a comprehensive ad campaign designed to reposition the company to a broader customer base beyond business professionals.

This broader “You Weren’t Born To Do Expenses" campaign will include digital and TV ads including spots at the 61st Grammy Awards.

“Our goal is to create compelling content that entertains while conveying a focused message, all born from human truth,” says John McKelvey, JohnXHannes executive creative director. “There’s just something undignified about it being hard to get your own money back."