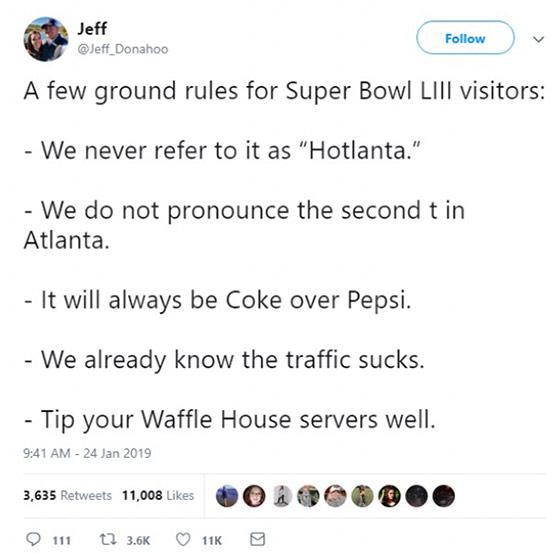 Up to now, no brand has reached over 5,000 mentions after revealing their spots for the game.

Brands that have captured the most buzz are Pepsi and its halftime show featuring Maroon 5 and Travis Scott, which has attracted over 20,400 mentions, and Bud Light promising free beer to Los Angeles  if the Rams win SBLIII, with 17,900 mentions.

There has also been some chatter affiliated with Mercedes-Benz, since the auto brand holds stadium naming rights.

That isn't to say that people aren't discussing the big game online. The 2019 Super Bowl has been mentioned over 3.8 million times — across blogs, news sites, forums and social media — with high peaks on both Jan. 20 and 21, after the AFC and NFC conference championship games.

The numbers are sharply down from 2018 when the Super Bowl was mentioned nearly 8 million times in social posts and with more than 113,000 social posts tied to specific Super Bowl ads during the comparable time period.

Still, there is hope that social media will heat up this year. There appears to be a looming brand trend that hasn't property ignited, reports Talkwalker. #Cokewar2019 is likely to entertain social-media users, since the game is being officially sponsored by Coke’s rival Pepsi, but will take place in Coca-Cola’s headquartered city of Atlanta.