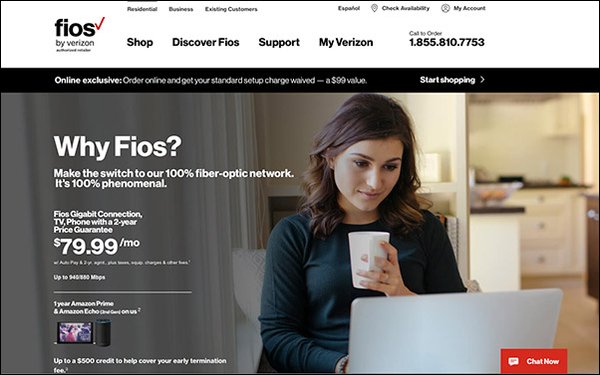 Verizon says revenue was up from the third quarter "due to seasonal advertising spending."

The company also confirmed a $4.6 billion write-down against the division, reflecting a lower valuation against the group.

At the same time, Verizon’s traditional fiber-line-based video business — its FiOS unit — said it lost 46,000 subscribers in the fourth quarter, nearly double the level of its 29,000 subscribers in fourth-quarter 2016. Verizon now has 4.5 million FiOS customers.

In response to the growth of virtual OTT pay TV-video providers, Hans Vestberg, CEO of Verizon, said the company would look to “create optionality for our customers.”

Total company-wide revenues were up 1% in the fourth quarter to $34.3 billion. The company guidance indicates that profits will be essentially flat for 2019.