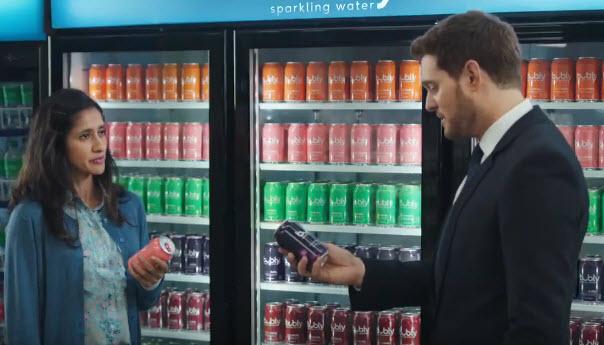 Like the teaser, the 30-second ad (below), from Goodby, Silverstein & Partners, generates humor by having singer Michael Bublé insist that Bubly was named after him.

The performer isn’t amused when other shoppers — including one played by comedian/actress Aparna Nancherla (shown above) — correct his pronunciation of the water’s name… or when a little girl calls him “Mr. Bubly.”

The ad features one of the four new flavor varieties being introduced by the new brand, which generated more than $100 million in sales in its first year, according to PepsiCo.