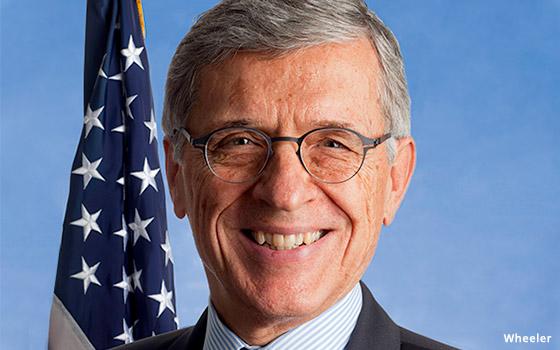 When the FCC made its made the controversial decision to revoke net neutrality, it also transferred oversight over broadband providers to a different agency -- the Federal Trade Commission. But the FTC isn't equipped to police broadband providers, Wheeler will argue.

“The FTC is a fine agency, but ... it lacks the resources and rulemaking authority, and it also lacks the engineering expertise required for dealing with internet service providers.” he will testify to a subcommittee of the House Energy and Commerce committee.

“Because of the decision by the Trump FCC to walk away from its responsibilities, when California firefighters couldn't use their mobile phones during the Mendocino Complex fire, they could not turn to the FCC for help,” he will tell lawmakers. “When researchers discovered that mobile carriers were throttling streaming services -- something the carriers had promised not to do -- the agency that should be responsible for the nation’s networks did nothing."

When Wheeler led the FCC during the Obama administration, the agency imposed some common carrier rules on broadband carriers, including rules prohibiting blocking or throttling and charging higher fees for prioritized delivery of content.

Since then, broadband providers have faced criticism over their practices on several occasions. In one well-publicized example, Verizon throttled firefighters as they attempted to combat blazes in Mendocino.

Thursday's hearing -- the first related to net neutrality since Democrats regained control of the House -- is part of an initiative by Congressional leaders to closely scrutinize the FCC. Reps. Frank Pallone Jr. (D-New Jersey), who leads the Energy and Commerce committee, and Mike Doyle (D-Pennsylvania) chairman of the Communications and Technology subcommittee, recently criticized FCC chairman Ajit Pai for being “unresponsive” to oversight requests.

“Not only have you have failed on numerous occasions to provide Democratic members of this Committee with responses to their inquiries, you have also repeatedly denied or delayed responding to legitimate information requests from the public about agency operations,” the lawmakers wrote to Pai Friday. “Under your leadership, the FCC has failed repeatedly to act in the public interest and placed the interest of corporations over consumers.”