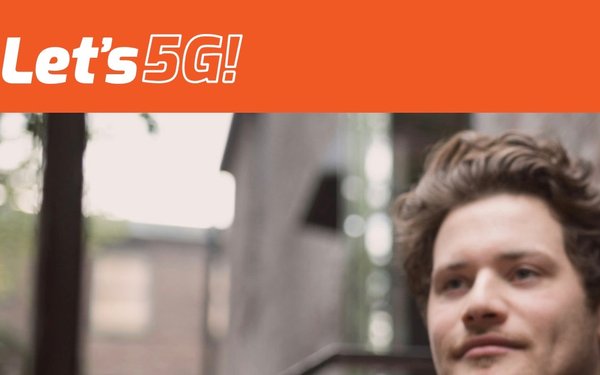 Some city and state officials may be able to tell you pretty soon.

The wireless phone Goliath today announced “Let’s 5G,” described as a “Verizon-led advocacy initiative that provides an opportunity for those who want 5G to express their support for the technology in direct outreach with their local and state officials.”

Consumers will be urged to tell politicians, “I support the immediate rollout of 5G wireless service in our community because of the benefits it will provide today and the breakthroughs it will enable tomorrow.”  Via the Lets5G.com website, they can add their names and addresses to that statement and Verizon will pass it on to relevant local and state government agencies.

After consumers send that message, they’ll receive an email that reads, in part, “By speaking out and joining the Let’s 5G! movement, you’re playing a key, personal role in unlocking the limitless potential of our 5G future.”

Probably without knowing it, many of those signing that document will be taking wireless operators’ “side” against some cities.

The Federal Communications Commission issued 5G regulations last fall that give wireless companies far more latitude to put those small cell towers wherever they need to be--even, critics say, attached to historic or architecturally significant buildings. That regulation has so far survived a challenge in court but, according to RCR Wireless News, it appears to be far from settled.

What’s more, the regulations restrict the ability of cities to set their own rates for allowing wireless companies to put up the many antennas that will be needed for 5G. In many cases, they will be spaced just a few hundred feet away from each other.

In the  FAQ section of the new Let’s 5G site, Verizon explains, “5G uses a dense network of 'small cell' antennas about the size of a backpack. Designed to blend into the environment, these 5G antennas hide in plain sight on things you never notice — like utility poles and street lamps.”

A Verizon spokesman told Marketing Daily, “We regularly work with policymakers on the federal, state and local level to make the process of upgrading service for our customers as efficient and cost-effective as possible. Local governments continue to have a significant say in the process and we respect that role.”

FCC Commissioner Jessica Rosenworcel, the only Democrat on the commission, voted against that provision. She said "I do not believe the law permits Washington to run roughshod over state and local authority like this, and I worry the litigation that follows will only slow our 5G future.”

As any advocacy website would be expected to, though, Verizon plays up the considerable advantages 5G will bring. “Take a moment, step back and imagine if you were around during the emergence of the Industrial Revolution,” wrote Ronan Dunne, president of Verizon’s consumer group and Tami Erwin,  president of Verizon’s business group, on Verizon’s corporate news platform.

“We fully believe that 5G can be just as powerful, as an agent of change, and not simply as a technology upgrade. It’s a network that will help reduce the carbon footprint, and bring new jobs and new opportunities for learning.  It’s a network that’ll offer societal benefits in a myriad of ways.”