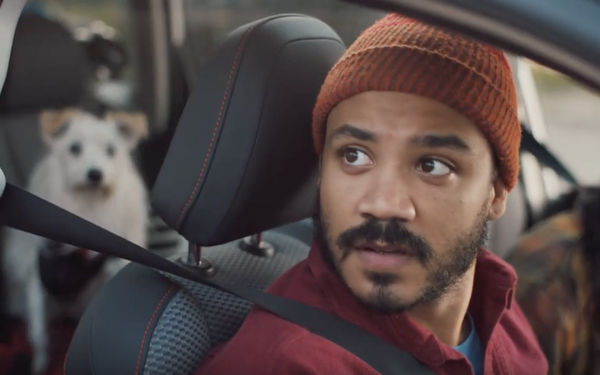 Subaru of America is debuting a campaign for its all-new 2019 Forester that focuses on the SUV's safety features, as well as its durability and versatility.

Three spots from agency of record Carmichael Lynch give viewers an intimate look into the lives of three different Forester owners.

“For All You Love” shows how consumers have made good use of their SUV. The stylized commercial shows everything a young family has ever carried inside their 10-year-old Forester. Their aging family dog takes the viewer on an emotional tour through the vast trail of gear, milestones, and memories that their Forester helped make possible.

Every Subaru model is built to last, and quality and longevity are important purchase consideration drivers for shoppers in this segment, says Brian Cavallucci, national advertising manager for Subaru of America.

“A Parent’s Imagination” shows how parents of teenage drivers tend to imagine the worst, especially with all of the new distractions facing young drivers today. This dreamlike commercial portrays the most unusual accidents that concerned parents could imagine, and introduces new Subaru DriverFocus Alerts as the advanced technology that could have prevented them.

“We wanted to have a story that parents can relate to, and show them how this new Forester can help them worry a little less,” Cavallucci says.

In “Call of the Road,” a young African-American city couple ponders what they should do first in their new Subaru Forester. Inspired, they embark on a road trip filled with off-road adventures, unusual encounters with the locals and a bowl of dangerously hot diablo chili.

“Subaru wants to be inclusive to all people, and we work to equally represent everyone,” Cavallucci says. “Since we tell owner stories, we try to have the unique owner’s voices spread across the body of work.”

The new spots are meant to work together to connect with the different consumers in this segment, he says.

“We also realize that car buying is an emotional event, and that buyers want to have an emotional connection to the brand,” Cavallucci says.

The tagline, “Most Adventurous Forester Ever,” aims to convey how the vehicle has been enhanced in almost every way with new technology and engineering to its already high capability, he adds.

Along with the broadcast spots the media plan includes online, short-form video content in 15-second and 6-second formats.

“This content is as entertaining as it is informative, and worked very well when we launched the all-new Ascent,” Cavallucci says. “We also partner with relevant media outlets to create unique content, as well.”