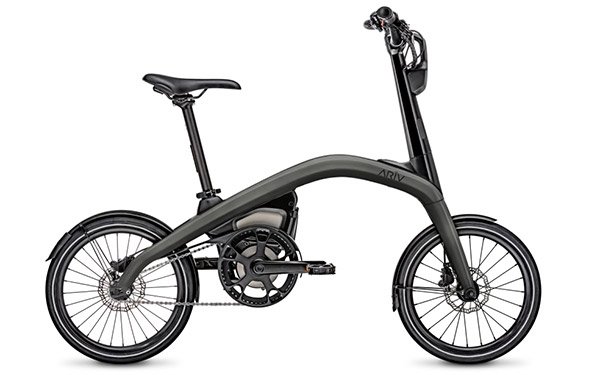 The Meld is a compact eBike and the Merge is a folding one.

The Ariv eBikes are launching first in Belgium, Germany and the Netherlands, where lithium-ion battery powered eBikes are already popular.

Both electric bikes connect with the Ariv eBike app via Bluetooth and the app provides riding metrics including speed, motor assist level, battery level and distance traveled. A future feature planned is a mode that will use an algorithm to help riders arrive at their destinations sweat-free, according to GM.

“The compact design of both models allows for easier transit and more convenient storage,” states the GM eBike announcement.  “The Ariv Merge folds, allowing customers to roll the bike on its two wheels while folded. Walk mode can also be engaged on the Merge and Meld, allowing customers to engage the motor capability to walk the eBikes up steep terrain.”

The bikes, each costing upwards of $3,000, come with a Quad Lock mount to securely attach a smartphone.