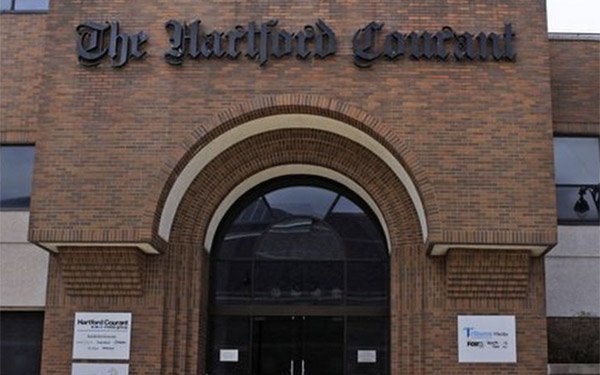 The Hartford Courant has gone union.

The Connecticut newspaper recognized the Hartford Courant Guild Feb. 15 as the representative of certain newsroom employees. There is no date yet to begin contract talks.

The Pulitzer-Prize winning Courant is part of Tribune Publishing.

The paper's organizing committee stated: “Today, the company agreed to voluntarily recognize the Hartford Courant Guild as a joint collective bargaining unit of nearly 60 members of the Hartford Courant and Courant community. We acknowledge Tribune Publishing for taking this step, which expedites contract negotiations and recognizes the overwhelming will of our newsroom to take a seat at the table."

Andrew Julien, publisher-editor-in-chief, wrote in a letter to newsroom staffers: “Future success will stem from our relentless focus on our readers.”

He called for digital innovation and a strong belief in the power of journalism, noting the Courant recently won the Newspaper of the Year from the New England Newspaper and Press Association and New England First Amendment Coalition’s Michael Donoghue Freedom of Information Award.

Last week, journalists submitted a petition to the National Labor Relations Board to form a Newspaper Guild bargaining unit at the Courant. Some 77% of eligible employees signed cards backing a union, exceeding the number necessary to compel a unionization vote.

The Courant is the latest Tribune newspaper to face a union effort. In recent years, journalists have successfully organized at the Chicago Tribune, Los Angeles Times and the company's two Virginia newspapers.

Founded in 1764, the Courant is the nation’s oldest continuously published newspaper in the U.S. and the state’s largest daily.