A '68-Year-Old Startup' Rebrands Itself 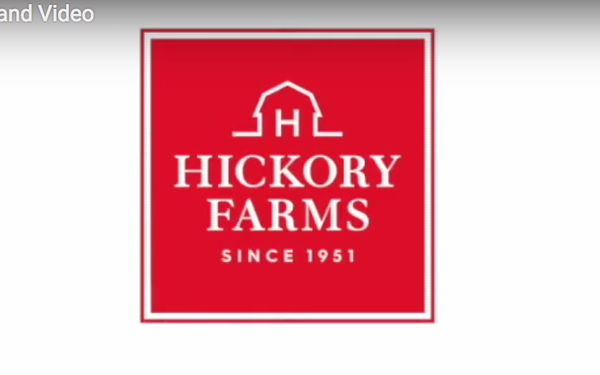 It’s admirable to think a brand can stand the test of time for nearly 70 years -- like Hickory Farms. This specialty foods company has been a go-to gift choice for consumers and businesses for seven decades, moving from catalogue and retail shops to an online presence.

Perhaps the reason why Hickory Farms continues to hold a leadership brand position is its ability to understand when change is necessary. In January of this year, the company announced a full rebrand.

In its press release, the company defines the rebrand as “a new logo, website and refreshed packaging for the brand's hundreds of gift boxes, baskets and crates.”

There are also new flavors like “truffle salami, sriracha mustard, and cranberry pistachio crisps as well as gifts in expanded categories such as chocolates, gourmet desserts and steakhouse quality meats.”

Calling It What It Is
In seeing many companies change their brand over the course of the last few decades, I’ve noticed some call it a "rebrand" while others refer to it as a "brand refresh." According to Hickory Farms’ CEO Diane Pearse, this is a rebrand.

“The rebranding supports our strategy to be the go-to brand for food gifting in every category and any time of year,” she noted. “The transformation in positioning and packaging also makes us relevant to a new younger audience.”

Attracting New Fans and Holding Onto the Core Audience
History is replete with iconic brands making brand changes like a new logo that alienate its fans.

It can be a complex maneuver to keep your core audience while drawing in new segments, but Hickory Farms involved its fans in the process.

“The new positioning and identity was developed with a lot of customer feedback,” said CMO Judy Ransford. “Our current customers told us they were excited to see the brand in a more modern light. They appreciated the more premium packaging and products in new categories.”

She added, “However, we won’t be changing recipes or the quality of the traditional favorites. We also got a lot of feedback that customers value our heritage. This played into decisions, such as keeping a barn and the phrase, ‘since 1951,’ in the logo.”

Hickory Farms also did a round of focus groups to preview the new packaging and a positioning statement with customers. Pearse noted, “The feedback was consistently positive. Customers especially liked the new signature red gift box and the presentation with the gift tag and ribbon.”

When to Rebrand
The big question for iconic brands is figuring when they should make such a dramatic change. And, for Hickory Farms, this is the first rebrand it’s done in its near 70-year history.

“This process began for us when the company was acquired by growth-oriented investors in late 2015,” explained Pearse. “The food gifting market is very large and highly fragmented. We see an opportunity to capture more of that market.”

The Do’s and Don’ts of Rebranding
The Hickory Farms team learned many lessons when going through the rebranding process. Pearse stated, “Our team was excited about certain concepts prior to research that ultimately didn’t resonate with our customers. By workshopping concepts in co-creation sessions with our target customers, we got feedback that influenced key choices in messaging and design.”

So: Do include consumers in the process, and don’t assume your choice for rebranding is what they will select.

Do use an entrepreneurial approach with the process. In explaining what this meant, Ransford said, “We’ve been intentional about building an entrepreneurial culture as part of this transformation, so we often describe ourselves as ‘68-year old start-up.’

“To us, this means viewing the brand through a different lens of what is possible rather than what is traditional, embracing change, taking risks and continually finding new and better ways to serve our customers.”

With this rebrand, Hickory Farms is ready to take on the next 70+ years.