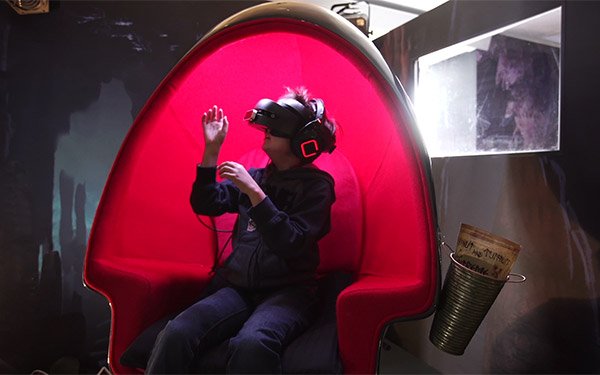 Walmart has teamed with Dreamworks Animation to create an immersive virtual reality experience to promote the upcoming release of a new dragon movie.

The VR experience, tied to the release of the movie “How to Train Your Dragon: The Hidden World,” will be set up in select Walmart parking lots.

Participants in the VR experience are led into a dragon’s cave where they don HP Windows mixed reality headsets or Omen by HP Mindframe headsets and sit in motion VR chairs for a five-minute VR journey through the hidden world.

Viewers can interact with the dragon movie characters via immersive sound, motion and sensory cues.

“The How to Train Your Dragon: The Hidden World Virtual Tour is a great opportunity for customers to engage with this fantastic franchise,” stated Scott McCall, senior vice president for entertainment, toys and seasonal, Walmart U.S. “It’s also the most recent example of how to use emerging technologies, including virtual reality, to enhance the experiences of shoppers across the country.”

The movie is scheduled to open in theaters nationwide on Friday and the VR experience is being be set up at Walmart locations in California, Nevada, Arizona, Texas and Arkansas from now until early April, depending on the location.