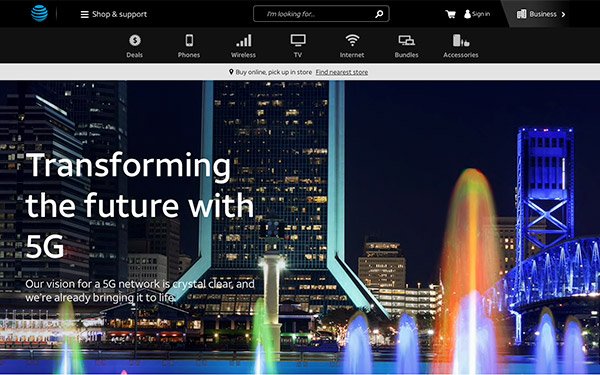 Mobile speeds reaching 5G connectivity will continue to improve options for brands when it comes to supporting advanced advertising and marketing technologies.

The ability to collect more data is another benefit of 5G, Thomas Barnett, director of marketing and thought leadership at Cisco, told Digital Daily News. He explained how the data can be captured by the phone and provider when consumers opt in.

"5G will open a whole new area of mobile understanding and personalization that should be of interest to advertisers and how they develop and deliver campaigns," Barnett said.

Smartphones, which have become the center of all communications and entertainment, will account for about 54% of total device connections, but will drive more than 90% of internet traffic by 2022, explained Shruti Jain, senior analyst, Cisco.

The report estimates mobile traffic will reach an annual run rate of a zettabyte by 2022 -- representing nearly 20% of global IP traffic.

5G -- which will support augmented and virtual reality applications -- will represent more than 3% of total mobile connections, about 422 million global devices and M2M connections.

The use of multimedia and video content will increase to 79% in 2022, up from 59% in 2017. Consumers will use more devices, so their experience will become increasingly seamless, as carriers carry the consumer from fixed to mobile devices.

These numbers explain why Brian Lesser -- CEO at Xandr, which encompasses all aspects of AT&T’s ad and analytics business -- spoke about the company's content and television strategy at the most recent IAB Leadership Summit. He said AT&T's companies such as DirecTV and cellular services see data from about 170 million consumers in the U.S.

To drive awareness, AT&T's consumer 5G and you website details the evolution of the technology, which is now available in select areas such as Oklahoma City, Dallas, Waco and Houston.

The company also announced in October that it would build a 5G test area at the Magic Leap campus in Plantation, Florida in 2020. More recently AT&T's 5G E service icon began serving up on iPhones and iPads running the second iOS 12.2 beta.

Not to be outdone in 5G, Verizon sponsored the Let's 5G! website that highlights content on everything related to the next-generation wireless technology.

This gives consumers a way to petition support for the technology. At CES, CEO Hans Vestberg said Verizon would offer $1 million in seed money to developers willing to work on new applications for 5G.