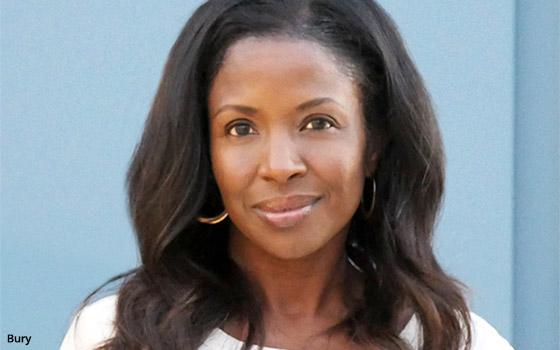 In her new role, Bury will focus on all aspects of execution across the company’s overall content strategy. That includes channels like text, video, audio, animation and live experiences.

Prior to her appointment at Surface Media, Bury was a content strategist, adviser and producer, working with agencies like Pace Communications to boost various brands, including AAA and Ritz-Carlton.

Bury joins Surface Media with 25 years of lifestyle journalism experience with outlets such as luxury travel magazine Quest, where she was EIC, and 944, where she was EIC and editorial director. She also worked at American Express Publishing and Hearst.

The new appointments come as Surface Media widens its publishing scope. Last year, WWD reported the outlet planned a shift into digital and video following the departure of its EIC Spencer Bailey, who held the role for five years. Bailey was not replaced as Surface Media executed plans to run without a top editor.

Lotenberg stated in WWD: “The prior model of a singular editor in chief, in the current media dynamic and where the industry is going, that’s not the way to create content.”

Lotenberg told Publishers Daily Surface Media is focusing on deepening the experience of its talent pool, tapping individuals who “can lead teams and help drive toward a long-term vision.”

“Expansion will be occurring in two ways. The first is refining and scaling our current properties and channels, and the second is through an acquisition growth strategy,” he said, adding the company is eyeing several media properties.

According to Lotenberg, Surface Media is in the process of implementing new cross-platform strategies along with a handful of new key hires in audience development, client servicing and data analysis “to position us from a quantitative standpoint as we already have the qualitative nailed.”

ArrivalGuides, based in Gothenburg, Sweden, and purported to be the largest distributor of travel content, serves digital products that integrate travel content into existing platforms to clients like AAA Travel, Visa, Hilton, Eurowings and Rentalcars.com.

The company boasts 625 destination guides documenting 56,000 points of interest and hosting more than 500 officially supplied destination videos. Content is provided by travel experts, tourism bureaus and destination-marketing organizations from around the world and curated by a team of in-house editors.

“The ArrivalGuides team was able to anticipate what the B2B market demands and have effectively risen to the forefront by building a hub with self-service capabilities and an innovative process to curate content," stated Lonely Planet’s new CEO Luis Cabrera.

"ArrivalGuide's model and established channel will allow us to explore a more aggressive and creative B2B strategy and partner with companies in new ways,” he added.