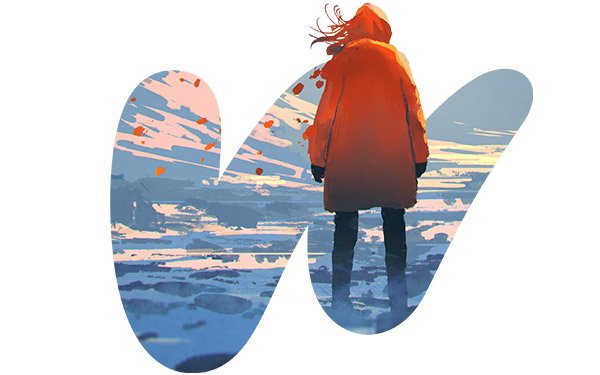 Wattpad, a user-generated storytelling platform, tapped DesignStudio for a site-wide rebrand, after announcing two new partnerships that will get its stories published as books, film and TV.

“When we began the project, there was a huge disconnect between the existing brand and Wattpad’s mission: to use the power of their community and technology to unleash the full potential of these stories to the world,” said DesignStudio design director Elise Santangelo.

DesignStudio is the same creative agency that handled Airbnb’s redesign.

Wattpad claims over 70 million monthly users and half a billion original story uploads on its platform. Its users are roughly 70% female and 90% are millennials or Gen Z.

There are about 13 million users from the U.S. and over 17 million in Southeast Asia; the site is especially popular in the Philippines and Indonesia.

The growth of the company led it to this sweeping rebrand — its first since its founding in 2006, Wattpad’s head of marketing Emma Brooks told Publishers Daily.

“Our rebrand has been about more than just launching a new brand identity,” she said. “We’re showing the world how Wattpad has transformed into a place where diverse voices and their stories live, connect and form communities.”

She added: “We’re a different company, with a bigger vision, a bigger audience, and a bigger collection of stories."

Wattpad’s new look and feel features a new logo and typeface, as well as a color palette that can be customized for “different brand materials,” according to Brooks.

“Our old logo felt dated and static. It used a free web font. Everyone felt a deep connection to it, but it was a part of our identify from our earliest days as a startup,” Brooks said. The new logo is hand-penned.

The connected “Ts” in the Wattpad wordmark refer to the site’s community, according to the company, and the updated “W” logo resembles a paintstroke, which “provides a sense of motion.”

It has a new tagline — “Where stories live” — versus  the previous “Stories you’ll love.”

It is "meant to represent... wherever you're from, whatever your story, you'll always find a home here on Wattpad,” Brooks said.

Earlier this year, Wattpad, which is based in Toronto, Canada, announced expansions to bring its digital stories to other formats.

It launched Wattpad Books, a direct publishing division that will publish Wattpad stories into books. The stories on Wattpad are filtered using machine-learning technology and audience data to identify potential successful adaptations. Six young adult titles will debut this year.

It also recently announced a partnership with Huayi Brothers to adapt Wattpad stories for film, TV and digital media projects in Korea. The popular Netflix film “The Kissing Booth” is based on a Wattpad story, written by Beth Reekles in 2011, when she was 15.

Those collections span various categories, such as fan fiction, sci-fi, humor and romance.