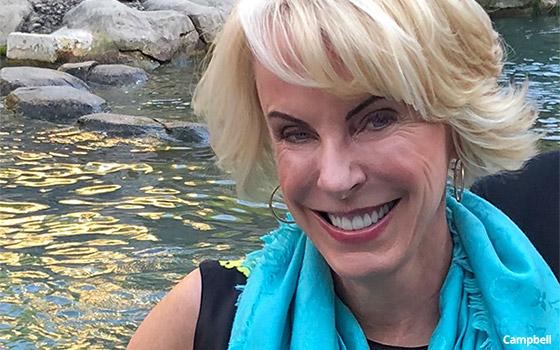 The New Republic has tapped media veteran Kerrie Gillis as its new publisher. Gillis, who worked previously with The Village Voice and The New York Times, will lead the company as it moves deeper into the digital sphere, focusing on growing awareness, audience and revenue.

“The New Republic has served as the premier testing ground for the revival of American liberalism, and it's uniquely positioned to bring American liberal politics back to the same sort of modernizing mission as when it launched more than a century ago,” Gillis told Publishers Daily.

“My goal will be to bring more readers to this engaging content through audio and podcasts, and establish marketing partnerships that allow us to meet new audiences and engage with current readers.”

Most recently, Gillis was Chief Revenue and Operating Oficer at The Village Voice. Prior to that, she worked with The New York Times, joining in 1985 and departing in 2016, where she served as vice president of advertising and sales operations.

During her tenure with the NYT, she led corporate relationships with Fortune 500 companies like GE, Siemens, Shell and UPS and was responsible for developing innovative strategies to grow print and digital advertising revenue in multiple categories.

Also joining The New Republic is The Baffler EIC Chris Lehmann, who will become its consulting editorial director.

Separately, in its effort to harness the spending power of its 175 million audience, Meredith Corp has hired Carol Campbell to the new role of vice president of shopper marketing.

In her new role, Campbell will collaborate closely with Meredith brands to lift sales at the point of purchase through audience reach, enabling brands with devoted shopper efforts to drive sales through directed action with one or more retailers.

Because of its data capabilities, Meredith can also connect brands with shoppers whose specific budgets and interests match their products.

Campbell’s initial focus will be on the Walmart shopper, due to its importance to most shopper brands. Her work will build on a successful Walmart shopper program with Tyson foods and Better Homes & Gardens that connected Tyson Walmart shoppers with Martina McBride. The program was executed by Meredith in late 2018 and spanned print, digital and in-store activation at Walmart.

Campbell, who previously worked with Meredith, rejoins the company from Hearst, where she was executive director of sales development. Prior to that, Campbell was CRO of PGOA Media and publisher of Hallmark and More magazines.

"Shopper marketing represents an important growth opportunity for Meredith's industry-leading magazine brands. With Carol's experience, we'll be able to better anticipate and meet the needs of our clients in this critical area," stated Olson.