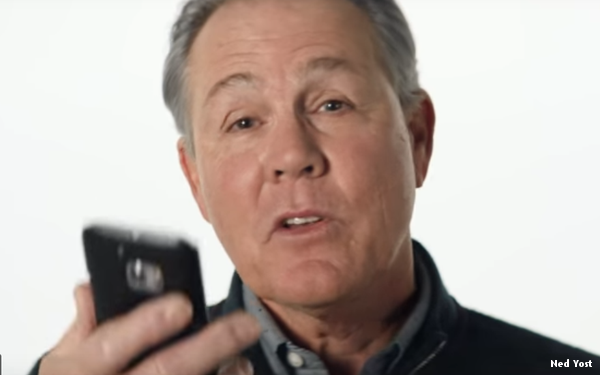 Verizon will use this Sunday’s Oscar telecast to debut six new spots that emphasize how the wireless network giant’s technology touches real lives.

The  spots, from McCann and The Community agencies, are first-person testimonials, voiced on an unadorned sound stage, seemingly raw and unscripted. They don’t mention Verizon much, and though viewers may catch a glimpse of a smartphone, it almost seems by accident. But the message -- Verizon’s network is reliable -- gets delivered.

Two of the commercials are partially delivered in Spanish, and without subtitles -- but cleverly, understandable to anybody.

“The sentiment around the campaign is that these are real stories,” explains Andrew McKechnie, Verizon’s chief creative officer. “As the stories come to life, it’s to show we have 130 million customers and they all have a reasons they chose us.”

He adds,  “In the past we used to focus a lot on promotion and pricing and we always thought those were the table stakes for the category."

Now, he adds, "I think what we’re trying to do is contextualize what we mean by reliability. Of course it’s about the assurance your call will go through when it matters most, but also reliability has different textures to it. . . .Reliability means different things to different people.”

Instead, a long-distance truck driver explains how Verizon helps him stay in touch with his family -- and, with video calls, lets him be a good dad to his boys. “I’m 3,000 miles away and, here I am, laughing with my kids,” he says.

Another Verizon customer is a military wife who called her husband to tell him she was going into labor while he was deployed, laughing about how all of his buddies in the unit were cheering her on from the other side of world, chanting, “Push!”

Another spot features a familiar face to baseball fans. Kansas City Royals manager Ned Yost relates the story of his 22-foot fall from a tree stand deep in the woods at his home in in 2017, and how a panicked call to his wife was a real lifesaver. He shattered his pelvis, but it could have been worse.

McKechnie says Verizon thought the Oscars telecast would be a “big cultural moment” to debut the spots, “an opportunity to kick off the campaign with people who do and appreciate storytelling. We’re bringing a filmic quality to this audience that we think they’ll appreciate.”

Google Assistant will also show off new spots on the Oscars telecast, using the device to pay homage to movies like “Lady Bird,” “2001: Space Odyssey” and “Jerry Maguire.”  Actors Ed Helms and Drew Barrymore will also show up in Google-related bits.

At home during the telecast, if you ask, Google Assistant will offer his/her/its opinions of the best-dressed at the Oscars -- and, just for the asking, will give you your very own “award.”