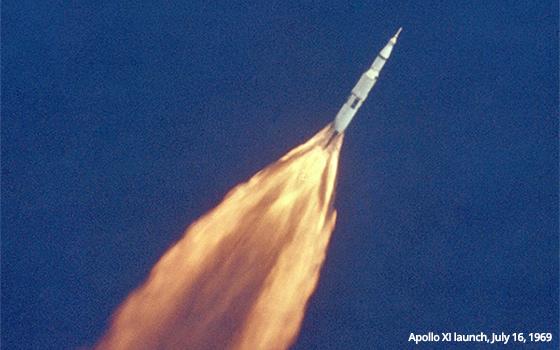 Following its reported plan to expand its ecommerce offerings last year, Kalmbach Media, publisher of Astronomy and Discover, announced it will introduce new products during and around the lead up to the 50th anniversary of the Apollo XI moon landing on July 20, 2019.

That's in addition to publishing expanded features and special content. The specialized content and products will be available across both magazines' sites and on the company’s ecommerce portal.

Over the next few months, the Science Group will share interviews and insights across its platforms.

Eicher stated: “Our goal is to provide audiences with a unique perspective on the people behind the mission and the technology they created to make it possible — as well as to inspire future generations of space and science enthusiasts.”

Kalmbach Media reports that its ecommerce division is its fastest-growing. This year, it introduced new products from its Model Railroader brand for its 85thanniversary and an expanded subscription box service for its FacetJewelry.com and Bead & Button brands.

Through the partnership, AffinityX will work within TownNews’ BLOX Total CMS, allowing affiliated newspapers to access its roster of local and the white-label print production services.

The company added the new partnership will “enable newspapers to pay back their investment for the BLOX Total CMS within a few weeks of implementation."