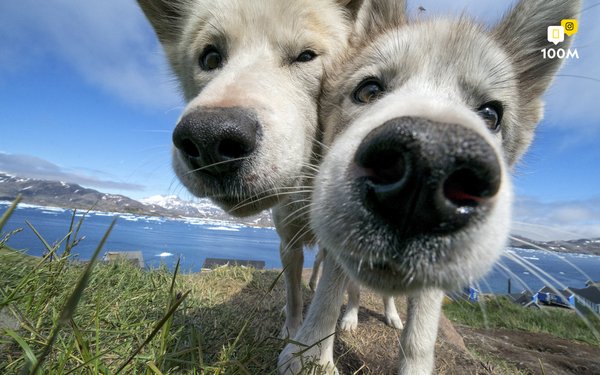 Earlier this month, National Geographic Media reported hitting a major milestone: it reached 100 million followers on Instagram. According to the company, it is the first brand ever to amass that number of fans on the platform.

National Geographic’s feed is curated by a team of about 140 people, including photographers. Each photographer contributes regularly to the feed from wherever they are posted in the world, sharing rare sights and original captions with the brand’s audience.

“We know this level of success is something many other brands work to achieve through calculated content strategy and flashy marketing posts, but with our photographers curating the stream, we’re able to offer our followers something that transcends content -- something real,” vice president and general manager of National Geographic Media David Miller told Publishers Daily.

National Geographic Media, which was ranked the top social brand for the fourth year in a row in 2018 by social-media data and analytics firm Shareablee, has found innovative ways to engage audiences and leverage its image to boost its partners.

“We credit [that boost to] a social-partnership strategy that both entertains and informs audiences while allowing for seamless partner integration,” Miller told Publishers Daily.

This integration has led to National Geographic Media becoming a “go-to” destination for brands that “want to tell their stories of mission and purpose in a contextually relevant environment,” said Miller.

When building a campaign for clients, the company Media looks at their specific KPIs, tailoring the experience to their goals, whether that means brand-based storytelling, swipes to deeper engagement, audience comments, shares and emotional response in the comments or swiping up to complete an action.

“When we’re able to identify a partner’s KPIs, we’re able to pinpoint the context in which brand integration will be the most natural. Once identified, we’re then able to dig into the archives and pull imagery that hits the mark,” said Miller.

“This is a huge benefit to our partners, but at the same time, it also helps ensure we’re not alienating our audiences with an onslaught of traditional advertising.”

Over the last nine months, National Geographic Media has produced more than 275 pieces of Instagram content on behalf of clients, with more purpose-driven campaigns poised to launch.

The brand leverages its Instagram popularity for clients through several strategies.

For the past two years, National Geographic Media has worked with Samsung to send its photographers around the world to create real-time stories using photographic elements launched with the Galaxy S8, S9 and Note 8. The partnership has generated nearly 1 billion impressions on Instagram.

The brand uses strategic custom storytelling to deliver impactful campaigns for partners. Coinciding with the launch of the brand’s “Planet or Plastic” campaign and Adidas’ sneaker made of upcycles ocean plastics, National Geographic Media partnered with World Oceans Day to drive awareness around the plastics crisis and purchases of the newly released sneaker.

Also, it recently worked with Intel to create a moment around Giving Tuesday to highlight Intel’s work in transforming the future of education through technology in the classroom.

Because of the success clients see with Nat Geo campaigns, many return. Some returning brands include Samsung, Stella, Universal and T. Rowe Price. However, National Geographic Media has also seen its Instagram partners expand to its other platforms, including Proctor and Gamble, The North Face and Nature Valley.

Miller cites multifaceted features like “The Story of a Face” and “Future of Medicine” and dedicated issues like The Race Issue as some of the packages that resonate most with National Geographic’s audience on Instagram.