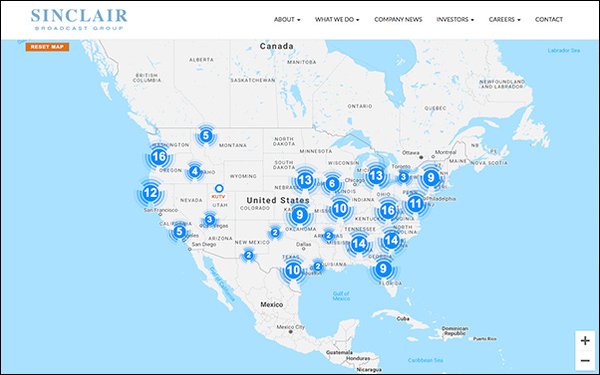 Sinclair Broadcast Group posted strong political revenue in the fourth quarter of 2018 with core advertising improving from earlier in the year, contributing to an overall 25% increase in revenue to $893 billion.

In an earnings phone call with analysts on Wednesday, Steven Marks, executive vp/chief operating officer of Sinclair said, "Despite the political crowd-out effect, the back half of 2018 outperformed better than the first half and the fourth quarter was the strongest of all quarters, with the core advertising down just over 3%."

Marks added: "Core advertising revenues in the first quarter [2019], excluding political, are expected to be flattish versus the same period last year."

Total media revenues were up 23% to $848.9 million. Sinclair says digital revenues climbed 22.5%. Net income was $207.6 million versus net income of $444.8 million in the prior-year period, which included a $272 million non-recurring tax benefit.

Sinclair expects first-quarter revenues to sequentially decline from the fourth quarter -- between $667 million and $673 million in media revenues.

Political advertising is expected to pull in $2 million.