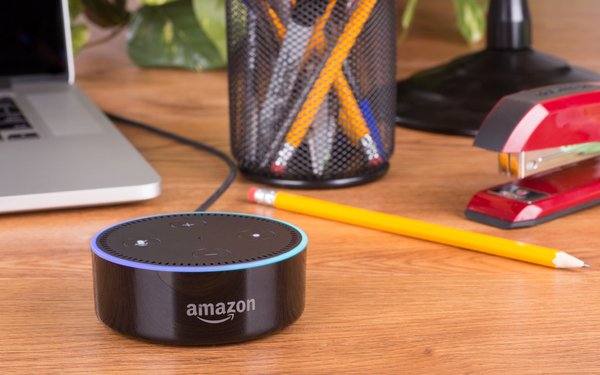 Amazon's Alexa is the only voice assistant that offers to announce incoming emails. And perhaps for that reason, 48% of small business owners say Alexa has the most marketing potential, according to a study released last week by Uberall.

The other voice assistants now in use scored as follows:

“It’s not surprising that SMB marketers think Alexa could find its way into their plans in the near future,” states Florian Huebner, Uberall co-CEO and co-founder. “In terms of its install base, Alexa is the most popular voice assistant today, with many people using it in their daily lives.”

The study also shows that companies are allocating more funds to voice technology.

Of the 300 SMBs polled, 35% say they are increasing their spend, although only 9% say it is significantly rising.

In addition, 26% say it is slightly increasing. Overall, 38% have not yet adopted voice technology.

Alexa allows users to check their emails by voice by commanding, “Alexa, check my email.”

However, the consensus among email experts apparently is that the service would not help email marketers. Consumers might be worried about privacy concerns, and the sheer tedium of listening to all their email subject lines being recited.

Tom Sather, senior director of research at Return Path, says that email is a visual medium, and that marketers are gaining more traction with dynamic emails than they would with voice.