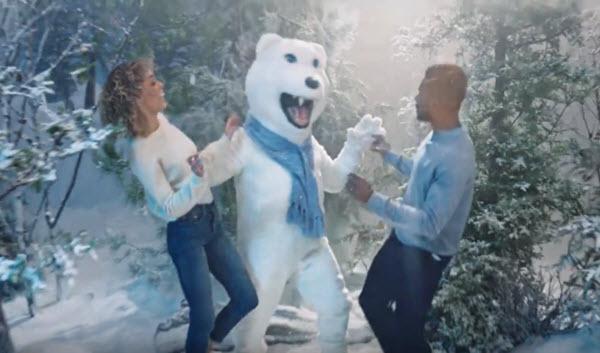 The campaign for the mints debuted in the United Kingdom last May, and was adapted for the United States in October by newly named agency of record Laundry Service.

The gum campaign — the first one fully created and produced by Laundry Service for the Tic Tac brand — takes a different creative (er) tack, but builds on the successful “have fun and connect with others” messaging established through the use of a “Mr. Tic Tac” character in the TV spots for the mints.

Both of the two 15-second spots for the brand’s gum product extension — which was launched last January — use fast-paced, fanciful montages of young people having fun.

The first one (below), which starts airing today, was inspired by the gum’s Freshmint flavor. It features a happy young couple being transported by the gum to a winter wonderland, where they cavort with a goofy polar bear, snowboard and have snowball fights.

The second ad, focused on the gum’s watermelon flavor, also features a couple experiencing playful adventures—including going airborne with the help helium balloons that resemble watermelons. That one will debut on TV on March 11.