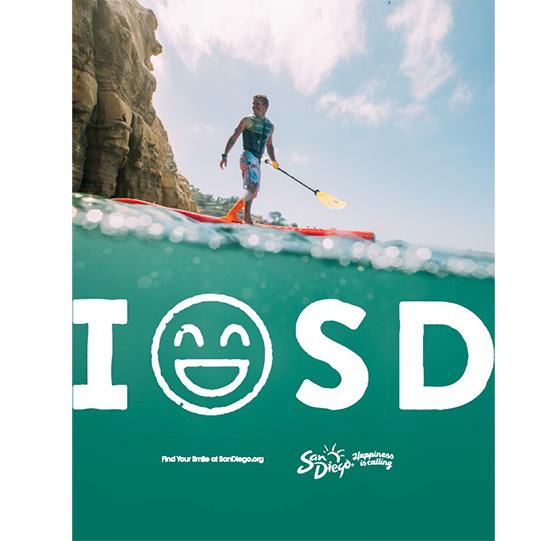 San Diego Tourism Authority (SDTA) is introducing a $19 million campaign to entice visitors in the U.S, Canada, UK and Mexico.

The new, multi-platform “Something to Smile About” campaign, all developed with MeringCarson, builds on the success of past campaigns, including “Happiness is Calling” and “Summer Feeling,” and features three new television commercials: one highlighting San Diego’s general vibe, a family-focused spot and one dedicated to the Mexico market.

Internationally, The “Something to Smile About” ads will be integrated into SDTA’s advertising campaign in Canada, while OOH activations, display advertising, digital video, social media and search engine marketing will be utilized in the U.K.