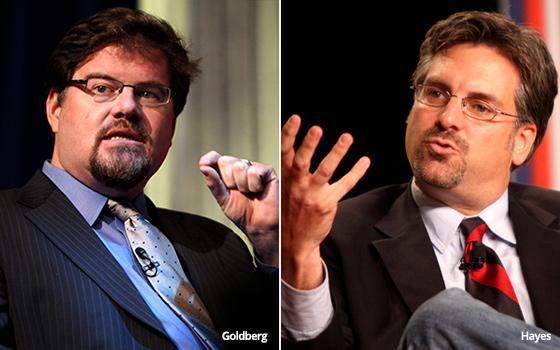 Two editors — one from National Review and the other from The Weekly Standard— are launching a conservative media company.

Stephen Hayes, the editor-in-chief of The Weekly Standard before it was shuttered in December, and Jonah Goldberg, senior editor at National Review, will create a “Trump-skeptical company,” according to Axios, which first reported the news.

The new company from Hayes and Goldberg will begin publishing newsletters this summer, with a website coming in September.

"We believe there is a great appetite on the center-right for an independent conservative media company that resists partisan boosterism and combines a focus on old-school reporting with interesting and provocative commentary and analysis,” Hayes told Axios’ Mike Allen.

Goldberg is a conservative vocally critical of the president.

Some media critics suggested The Weekly Standard’s parent company Clarity Media Group Inc. shuttered the publication due to the bristling anti-Trump tone of its editorial.

The conservative media company from Hayes and Goldberg does not yet have a name and is seeking investors.

It will be interesting to see if there is a space in the media industry for a conservative publication that isn't positioned as a cheerleader for Donald Trump, breaking from TheBlaze and Breitbart.