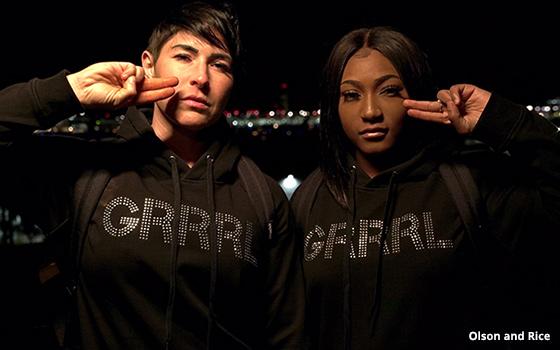 Brands and agencies are celebrating International Women's Day on Friday March 8 with special activities and initiatives.

SodaStream International is launching a limited-edition, collectible “SHE” reusable bottle and is encouraging women to share their own stories aboutwomen who inspire them on Instagram, as well as @sodastream and the hashtag #she.

For each post, SodaStream will donate $1 to what the company called "female empowerment organizations and programs.” In addition, 1,000 of these stories will be selected, and those women will be offered the limited edition “SHE” bottle to keep or pass on to someone else.

The idea behind the campaign is to let every woman know they can make a change for the planet just by going reusable.

Refinery29 is hosting the Male Allyship event at the Bonobos 5th Avenue store that features the platform's founder, Philippe von Borries, discussing how he leads by example in the workplace. There will also be a two-hour mixer/networking event at the end with drinks, food and live music.

Refinery29 is also teaming with Berlin Cameron, The Riveter, iFundWomen, Davis & Gilbert LLP and Secret on the eve of International Women’s Day on March 7 in Austin, TX to host an LLShe Pitch Competition, a Shark Tank-like competition to benefit female-fronted businesses.

Three selected finalists will have the opportunity to make a four-minute pitch to the judges followed by four minutes of Q&A. The competition is giving away up to $100,000 worth of prizes.

Chemistry kicks off the agency's first Women in Business meeting of the year by focusing on the theme "Balance For Better" to be followed with additional chats throughout the year.

In addition, Chemistry's Atlanta office will be hosting a happy hour and packing party for the Homeless Period Project, which aims to provide menstrual hygiene products to homeless women living in shelters and on the street.

Wavemaker and GroupM in the UK are recognizing women with a full weeklong slate of programming that includes a panel discussion organized by the Women@Wavemaker team, a group founded last year to empower the agency's female employees. There will also be a fireside chat with Bruce Daisley, UK CEO of Twitter on gender equality in the workplace, speed mentoring sessions and 30-minute coaching sessions on topics such as finance, nutrition and women’s health.

LO:LA  is launching the agency's first campaign for GRRRL Clothing on March 8 by carefully choreographing guerilla chalk-bombing at stop signs throughout downtown LA. The aim is to tap into viewers’ subconscious by visually and verbally associating the universally recognized sign with issues disproportionately affecting women worldwide. These include sexual assault, body bullying, racism, domestic violence and inequality.

In addition, the social media-focused creative component, debuting via GRRRL’s Instagram, will encompass a weeklong series of short films.