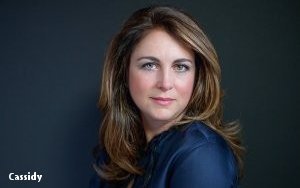 Cassidy, a native New Englander, joins the public broadcaster and award-winning producer from digital shop InkHouse, where she was executive vice president and chief content officer at InkHouse.

She began her career as a journalist, primarily as a reporter and editor at The Boston Globe.