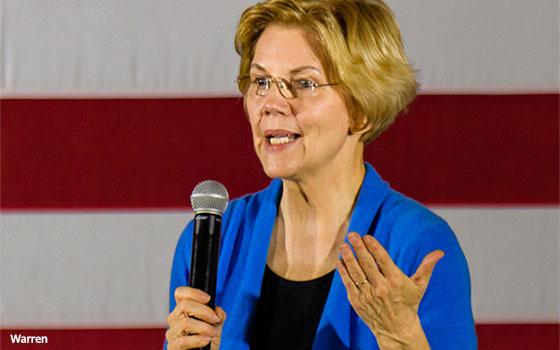 In another embarrassing gaffe, Facebook is restoring ads that promoted Sen. Elizabeth Warren’s push to break up the company.

“We removed the ads because they violated our policies against use of our corporate logo,” a company spokesperson explained in a statement. “In the interest of allowing robust debate, we are restoring the ads.”

Regardless of its intentions, Facebook’s decision to silence company criticism was clearly shortsighted.

In a tweet, Sen. Warren (D-Mass.) said Facebook censoring her ads only proved her original point: The company has become too powerful.

“Thanks for restoring my posts,” Warren added. “But I want a social-media marketplace that isn't dominated by a single censor. #BreakUpBigTech”

Taking direct aim at Facebook, Google and Amazon, Sen. Warren recently launched a crusade to break up tech giants, which she believes have amassed far too much power and influence, both domestically and internationally.

“Today’s big tech companies have too much power — too much power over our economy, our society, and our democracy,” Warren said in a recent announcement.

“They’ve bulldozed competition, used our private information for profit, and tilted the playing field against everyone else.”

Despite Warren and other critics becoming increasingly emboldened, some analysts seem to believe Facebook can continue to evade regulation.

“We do not see a forced spinoff of [Instagram] delivering sought anti-competitive and/or consumer privacy restitution and as such … weight this outcome as a low probability,” Rosenblatt Securities analyst Mark Zgutowicz said in a recent note to clients.

Zgutowicz made the prediction despite the fact the Federal Trade Commission just launched a new task force to expose anti-competitive conduct among top technology companies.

Internationally, U.K. policymakers recently called on the Competitions and Market Authority (CMA) to conduct a comprehensive audit of the social-media ad marketplace, and Facebook in particular.