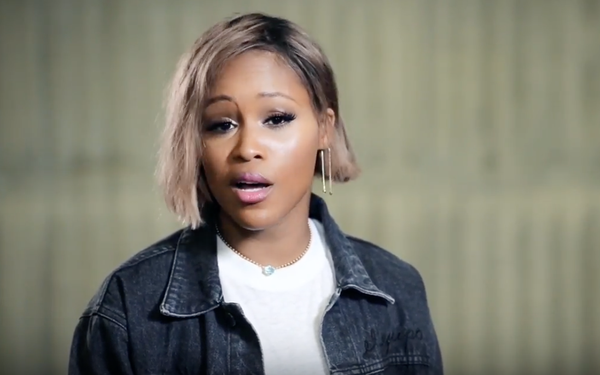 Winter isn't over, and an animal welfare advocacy group is expanding its plea not to leave animals outdoors in the cold.

People for the Ethical Treatment of Animals is adding five cities where dogs reportedly froze to death last year after being left outside in freezing temperatures. The anti-chaining ad featuring rap musician Eve is going up in major shopping centers this week in Chicago, Detroit, Indianapolis, Philadelphia and Kansas City, Missouri.

The billboards urge people to take dogs indoors, where they're safe and warm, and not to abandon them outdoors to fend for themselves through bitterly cold winters.

This ad was shot by celebrity photographer Brian Bowen Smith. The concept was developed by Lawrence + Beavan – Design + Marketing Consultants, and completed with the help of PETA’s in-house production team.

"The number of animals who freeze to death each winter on a chain or in a barren doghouse is tragic, and these deaths are utterly preventable," states PETA Vice President Colleen O’Brien.

Eve previously was featured in a 30-second PSA that PETA created to discourage owners from keeping their dogs outside.

Animals left outdoors in the cold can suffer from frostbite and exposure, become dehydrated when water sources ice over, and die. There were at least 27 cold weather–related companion animal deaths this winter. Last year, there were 50, according to the nonprofit.

PETA previously erected billboards following the deaths of dogs in Illinois, Maryland, Missouri, and Ohio. The group's other efforts to protect dogs from cold weather include other celebrity campaigns, radio PSAs, and efforts to push for anti-chaining legislation across the country.