W. Pendleton Tudor, a cofounder of Adweek, died Tuesday. He was 89.

Following a distinguished career as a consumer-magazine publishing executive, Tudor partnered with the late Jack Thomas and Ken Fadner (founder- publisher of MediaPost and chairman of Fadner Media), to acquire A/S/M Communications, publisher of three regional ad trade magazines in 1978.

The trio redesigned and transformed them into Adweek.

“We wanted [Adweek] to be more upscale, to look like a consumer magazine,” Tudor, a former Time-Life sales executive, said in an article published in 1997 by Adweek to commemorate his retirement. “We added color and hired some real pros.”

It was an ambitious play, going up against the well-established industry bible, Crain Communications’ Advertising Age.

But by the mid-1980s, Adweek’s unique regional/national hybrid trade journalism approach had overtaken Advertising Age in circulation and other key metrics, including pop-culture references about the ad industry.

The company also diversified into other areas of trade publishing through startups and acquisitions. By the time it was sold to BPI Communications in 1990, it had a staff of more than 300 and revenues in excess of $40 million from magazines, directories, events and award shows. 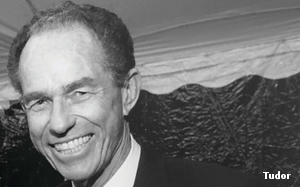