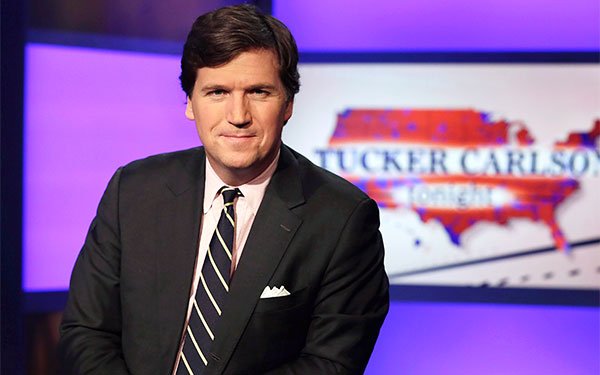 Even before the recent controversy surrounding the host of Fox’s high-rated “Tucker Carlson Tonight,” the show has seen lower paid-advertising airings and higher on-air promotional airings, coming from Fox-associated businesses.

At the same time, 21st Century Fox brands -- Fox News Network, the Fox network and the new OTT platform, Fox Nation -- have seen soaring on-air play, growing to 600 airings over the period versus 31 in the 2017-2018 period.

Fox News Channel promos aired 290 times, while Fox network programming had 198 and Fox Nation aired 116 in the most recent period. Total impressions over that period had 86.85% going to paid-advertiser versus 99.36% in the same period a year before.

A year ago, over the same period, some big-name brand marketers were regular big spenders in the show, including Hulu with 88 airings; Mitsubishi with 77; Liberty Mutual with 75; Geico with 63; Applebee’s with 56; and Subaru with 45.

From January to March 13 of this year, national TV ad revenue estimates from industry sources show that “Carlson” pulled in around $29 million. In the year-ago period, show revenues came in at $40 million. For the full-year 2018, the show grabbed $196 million.

Recent recordings from a radio show made a decade ago featured Carlson making vulgar and misogynistic remarks. In December, Carlson said immigrants make “the U.S. poorer and dirtier” on his show.

In response, Carlson on his show, said recently: “We always apologize when we are wrong, and we will continue to do that. That's what decent people do. They apologize. But we will never bow to the mob.”