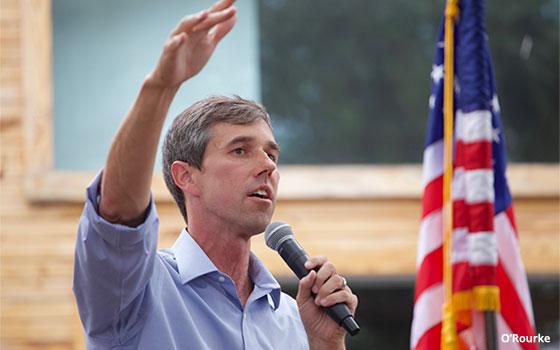 Did Beta O’Rourke break the news he was running for President — to unsubscribers of all people?

That’s the substance of a piece in The Daily Beast, which says the former Senate candidate and Congressman’s email operation is trying to persuade unsubscribes to stay.

One person trying to opt out received this message:

“SURE YOU NEVER WANT TO HEAR FROM BETO AGAIN?”

It then argues: “Email is how we keep in touch and share important updates about how you can be part of our campaign to elect Beto for president,” the message said. “We'll hope you'll reconsider leaving, but if you're sure, we're sad to see you go.”

That message apparently was given before O’Rourke formally entered the race and raised $6.1 million in the first 24 hours, according to reports.

It’s not clear iwhether the unsubscribe message worked, or what O’Rourke’s opt-out rate is.

email, politics
1 comment about "O'Rourke Broke News He Was Running In Email Unsubscribe Message: Report".
Check to receive email when comments are posted.
Next story loading