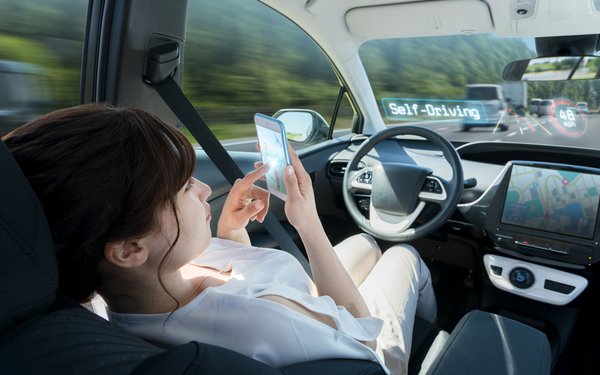 While fully self-driving cars have been in various stages of development for some time, the expectation of when they will be market-ready is quite a bit down the road.

Of those involved in the autonomous vehicle industry, most expect it will take 10 to 20 years before such vehicles are market-ready, and no one sees them coming in the next couple of years, according to a new study.

The majority (76%) expect it will take at least 10 years for true Level 5 cars to be market-ready, according to the TU-Automotive study of 300 executives involved with autonomous vehicles, including automakers, hardware providers, software developers and other critical auto mobility stakeholders.

A Level 5 vehicle is one that has the ability to drive autonomously anywhere, without a driver participating. Level 4 would be self-driving in many circumstances and even most of the time, but with the driver having the ability to intervene.

A small number (5%) of those surveyed expect Level 5 cars within three years and 19% expect them within five years.

The delay is not so much the technology in the automated vehicles but other factors, according to the study.

The top stumbling block for nearly half (48%) of those surveyed is human acceptance, followed by infrastructure (44%), the high cost of LiDAR (5%) and computational capacity (3%).

The industries expected to be the most shaken by autonomous cars hitting the market are professional driving and trucking (39%), insurance (36%), public transport (18%), auto repairs (7%) and airlines (1%).

Expect self-driving cars to be ready well before the market is ready for them.