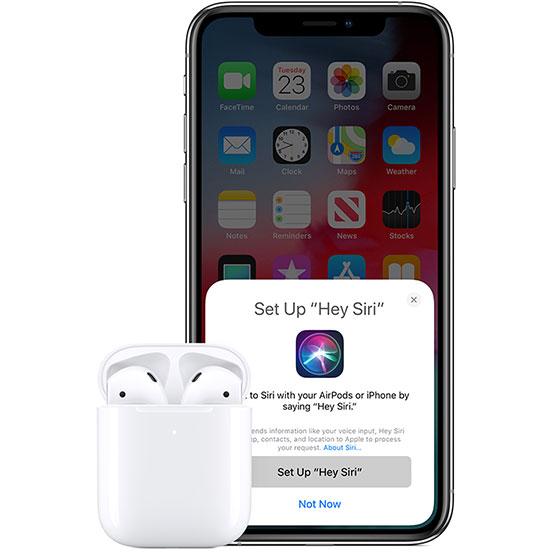 Trying to one-up Amazon’s Alexa, Google Assistant and other virtual assistants, Apple is connecting Siri to the next version of its popular AirPods.

Among other new additions, the soon-to-launch AirPods will come with what Apple is calling a “Hey, Siri” feature.

Apple plans to push the new AirPods with the starter case for $159, and a new wireless charging case for $199.

Despite Siri’s early start in the market, Amazon's Alexa is now the most popular virtual assistant in the world, according to Juniper. Yet the market continues to grow rapidly, and there is ample room for maneuvering among the larger players.

By 2023, Juniper expects the number of digital voice assistants in use to reach about 8 billion, which it predicts will push “voice commerce” past $80 billion.

At the end of last year, smartphone assistants remained the largest platform by volume, due to the broad popularity of Google Assistant and Apple Siri.

According to Juniper, a digital voice assistant is “a software program designed with the intent of filling some or all of the role of a personal assistant, given its instructions by the user through the medium of voice interactions.”

Over the next five years, the fastest-growing voice assistant categories will be smart TVs (121%), smart speakers (41%) and wearables (40%), per Juniper.