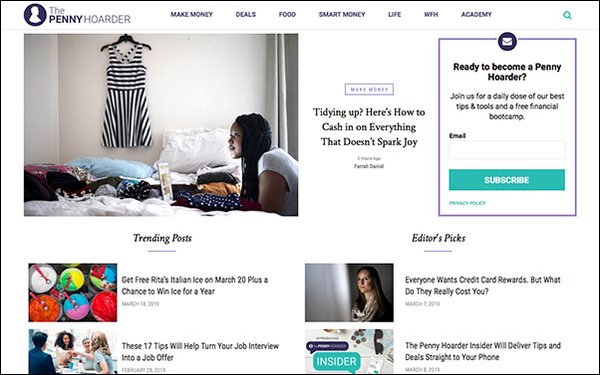 The millennial-focused, personal finance site The Penny Hoarder has shrunk its newsroom, according to multiple reports.

The site, based in St. Petersburg, Florida, is owned by founder-CEO Kyle Taylor, who started the website in 2010 with tips on how to save money.

The company had over 80 employees at the end of 2017. No official number has been released on how many jobs were cut at The Penny Hoarder, but it affected the video and photo departments, as well as writers.

The site was known as one of the fastest-growing private companies in the U.S.

"The Penny Hoarder has always been an independent, bootstrapped company, and we intend for it to continue to be,” stated Taylor. “We’ve had to make difficult decisions to better position and re-organize ourselves for the future, including the reduction of our team.”

He added: “It’s no secret that the media industry is in a state of great change. We’ve made choices to better position ourselves for the future. We have full confidence in our continued ability to serve our audience and grow our business.”

Last month, The Billfold, another personal finance blog, shut down after running for seven years.

Founder Nicole Dieker wrote in a post to readers at the time: “Continuing to run The Billfold would very likely eat up all the money I set aside and cost me additional money out-of-pocket.”