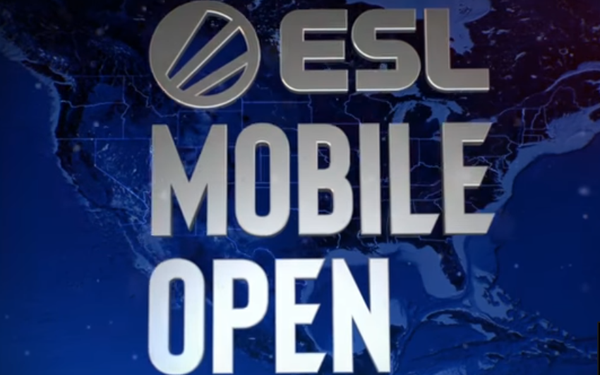 The explosion of egames is huge enough, but it is going to get bigger, with the biggest wireless powers — AT&T and Verizon — now staking their claims to be gamers’ best friends.

For AT&T, that means getting itself known. The ESL Mobile Open, a new three-season league that lets players with a wide range of talent compete, begins this week, presented by AT&T. The best players move on to big events like the Dreamhack Dallas, ESL One New York and Dreamhack Atlanta.

The ESL is the world’s largest esports company, which AT&T teamed up with last June.

It’s a natural fit. Mobile is the way gaming is moving, and by being out in front, AT&T aims to build a base of users.  AT&T is also the presenting sponsor of NBA 2K’s Banner Chain, the gaming league’s series of three tournaments, and sponsor of a Game Day show.  It took that sponsorship away from Verizon this year.

On top of that, AT&T now sponsors Cloud9, one of the most prominent esports organizations in the world, with 12 teams that play across a variety of platforms and titles.

Shiz Suzuki, assistant vice president for sponsorships and experiential marketing for AT&T wrote on a company blog, “Many gaming consoles, mobile gaming titles and players using them rely on AT&T wireline internet service and our nationwide wireless mobile service. While those technologies can connect our customers to the esports they love, we’re looking to deepen our connections with current and new customers across digital and social channels, in-person and live-streamed events, made-for-digital content and other experiences.”

The company now claims that through those sponsorships alone, AT&T will be able to reach more than 22 million gamers each month via social media and platforms people in those gaming circles use.

Verizon, like AT&T, is deep in the game too.  “Like the forward pass in football or the first baseball game played under the lights, 5G represents a potential breakthrough for esports,” Verizon’s John O’Malley blogged. “Traditional athletics have had their ah-ha moments—points where the pastime became the national obsession. For 5G-powered competitive gaming, that time may be near.”

Both wireless companies anticipate a future in which 5G and mobile make things like dedicated gaming consoles and controllers relics of the past, replaced by any device, but particularly smartphones.  Verizon is working with LiquidSky, a virtualization firm and a Verizon 5G partner, to experiment on streaming games via mobile at a rapid 100 frames per second.

Of course, Verizon claims its 5G network will be the awesome wireless gamers want, and it’s “poised to fundamentally alter the gaming and esports landscape, with ultra-fast network speeds and minimal latencies,” O’Malley wrote. The new 5G technology “will help allow developers to rewrite the rules for eye-popping, graphics-rich multiplayer action.”