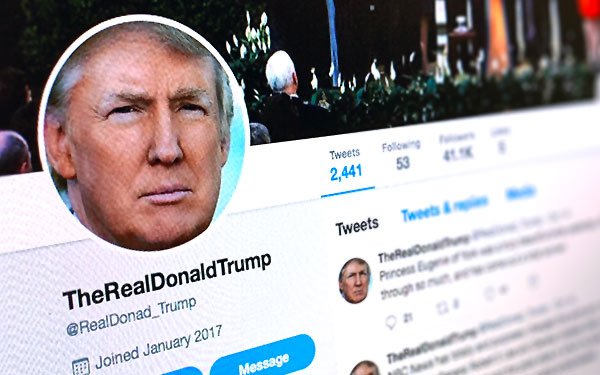 President Donald Trump doesn't violate the First Amendment when he blocks critics on Twitter, because he is acting in a “personal” capacity, and not a governmental one, a Department of Justice attorney told federal appellate judges Tuesday.

The Justice Department is asking the 2nd Circuit to reverse an opinion by U.S. District Court Judge Naomi Reice Buchwald, who ruled last year that Trump engages in unconstitutional viewpoint discrimination when he blocks critics.

Some of the judges on the panel appeared skeptical of the Justice Department's argument stance.

“Are you seriously urging us to believe that the president is not acting in his official capacity when he is tweeting?” Parker asked Utrecht.

Parker added that Twitter users can engage in a “worldwide dialogue” on public matters. “What the blocking does ... is subtract from that discussion points of view that the president doesn't like,” he said. “Why isn't that just a quintessential First Amendment violation?”

The legal battle dates to 2017, when the Knight Institute at Columbia University sued Trump on behalf of seven critics who were blocked by him on Twitter. The organization argued that Trump was violating the critics' free speech rights.

Jameel Jaffer, executive director of the Knight Institute, told the judges that online platforms are comparable to public forums like town halls, where the government can't engage in viewpoint discrimination.

“Public officials across the country now use social media to communicate with and to hear from their constituents,” he said. “And these social media accounts often serve the same purposes as forums like city counsel meetings or school board meetings or town halls.”

Jaffer also asked the judges to reject the Justice Department's argument that Trump uses Twitter in an official capacity when he posts policy statements, but acts in a private capacity when he blocks people.

“I'm not sure that these two things can be separated in that way,” Jaffer said, adding that the users represented by the Knight Institute were blocked after disagreeing with Trump's official policy positions.

The battle over Trump's Twitter account is only one of several recent rights over public officials' use of social media.

In one high-profile example, earlier this year the 4th Circuit Court of Appeals ruled that an official from Loudon County, Virginia violated a constituent's rights by briefly banning him on Facebook. In that matter, Phyllis Randall, chair of the Loudoun County Board of Supervisors, banned county resident Brian Davison after he made a post on Randall's page about alleged corruption and conflicts of interests at the local school board.