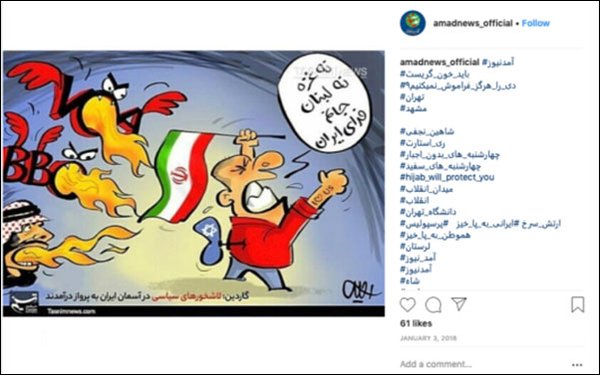 Facebook is revealing new details about ongoing efforts to curb foreign misinformation campaigns across its network.

Regarding one campaign connected to Iran, Russia, Macedonia and Kosovo, Facebook said it just removed 2,632 Pages, Groups and accounts engaging in “coordinated inauthentic behavior” on Instagram and its flagship platform.

“We didn’t find any links between these sets of activities, but they used similar tactics by creating networks of accounts to mislead others about who they were and what they were doing,” Nathaniel Gleicher, head of cybersecurity policy at Facebook, notes in a new blog post.

“The people behind this activity coordinated with one another and used fake accounts to misrepresent themselves, and that was the basis for our action,” Gleicher explained.

Within its broader crackdown, Facebook said it removed 513 Pages, Groups and accounts for engaging in coordinated inauthentic behavior as part of multiple networks tied to Iran.

Finally, Facebook removed 212 Facebook Pages, Groups and accounts for engaging in coordinated inauthentic behavior that originated in Macedonia and Kosovo.

They also ran a small number of Pages purporting to represent political communities in Australia, the United Kingdom and the United States -- and posted about religious and political topics, like nationalism and Islam.